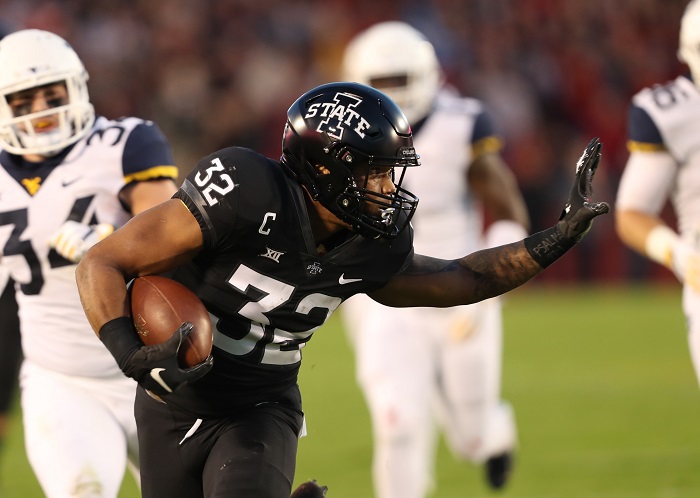 There are probably some that don’t give a rats you know what about how my weekend was. If you do care or even if you don’t, I am going to tell you anyways. Friday night I covered a local high school game as usual, but Saturday was very busy for me. Had to drive down early back home to attend a family reunion and if you must know, I was streaming games on my phone the entire time. Maybe I should have paid more attention to my surroundings but what do you expect when you try and get my attention on a college football Saturday? Anyways, had fun and still caught all the Big 12 football I could handle. Sunday, I made the two-hour drive back home to relax before the work week started. On to the mailbag!

@thebretthodges asks: What is your prediction for the UT VS OKST if Sam Ehlinger is unable to suit up, who starts for UT and how much does it affect their chances to win?

Duke: So, if Sam is unable to play against OSU, backup Shane Buechele will play just like he did against Baylor. I wouldn’t worry about that because it appears that by the time that game rolls around, Sam will be ready to go so I doubt Shane Buechele will play in that game unless something happens. However, your question is if Sam doesn’t play. Even if Sam doesn’t play, I still like Texas in this game. I know you’re a Texas State fan, so you have seen PLENTY of horrible football for a while now and I am not sure if you have watched Oklahoma State lately, but it hasn’t been pretty. The Cowboys struggle defensively, and they can’t protect their below average quarterback. That’s a recipe for disaster and that’s exactly why they are the ninth best team in the Big 12. Whether it’s Sam or Shane (It will be Sam), I still like Texas to care of business on the road.

@cychas87 asks: How about those Iowa State uniforms?

Duke: I hate to be the Debbie downer here, but I am not that crazy about them. I mean don’t get me wrong they look slick, but I really think some color could go a long way with that look. I am not saying there should be red all over but maybe all black and a chrome red helmet? I love what TCU does with their all black uniforms and when they pair that with their chrome purple helmet, it is beautiful. Iowa State should take a shot at that and see what they can come up with. I will say that I liked them better this past weekend compared to when I first saw them displayed. Maybe them dominating that game helped a little too.

@PetittFarms asks: After back to back victories against Top 25 teams, and the way they dominated WVU, do you believe ISU is the team to beat despite their record? Even as a Mountaineer fan, it’s hard not to be happy for the Cyclones.

Duke: Every week here at HCS we do a weekly power ranking. We each vote and average it out to come out with our final ranking. I will tell you that I had the Cyclones at my number 3 spot this week just behind Oklahoma and Texas. I know they are a completely different team right now, but I can’t quite put them ahead of either one of those two teams at the moment. The OSU win for Iowa State is looking less impressive by the week because well, OSU isn’t all that good. In fact, they are a train wreck right now. That’s not to take anything away from Iowa State but that is just the cold hard truth right there. Now, the WVU game was much more impressive in my book but up until this past Saturday, WVU was never really tested. Again, not to take anything away from the Cyclones but that thought was in the back of my mind a bit.

Now, I will say this. There is NO TEAM in the Big 12 that is hotter than these Cyclones right now. Are they the team to beat in the Big 12 now? No because they still need some things to happen for a conference title birth but are they a serious force to be reckoned with? Absolutely. Texas should be sweating bullets when these two teams play on November 17th in Austin. If not for that TCU loss or the Oklahoma loss, this would be “The Team” to beat in the Big 12.

@jonkev50 asks: What 2 teams make it to the Big 12 championship game?

Duke: I said it before the season and even back last spring, I have a Red River Showdown rematch in the Big 12 title game. For the long-time readers of my mailbag, they know I was high on both Oklahoma and Texas this year and even after all the crazy things that were said to me, it looks like that is a very likely possibility. Texas controls their own destiny right now. They could lose a game and still make it to the title game with one loss. I see Texas slipping up against WVU or ISU at home but winning the rest of their games which is good enough to earn them a trip to Jerry World. As for Oklahoma, I think they will win their next 5 games before a HUGE showdown in Morgantown where a Big 12 title birth will likely be at stake. As of right now, give me Oklahoma in that matchup. As bad as the Sooners defense may be, their offense is elite and for some reason, they have West Virginia’s number since the Mountaineers joined the Big 12. Again, I said this before the season and I am still sticking to that prediction now.

@OklahomaOutlaw5 asks: Would the committee choose a 12-1 Big 12 team champion over an 11-1 Notre Dame?

Duke: I sure as hell hope so but if there is one thing I have learned from these playoff committees it’s that don’t leave anything in their hands if you don’t have to because they will crap on the Big 12 every chance they get. I have said this dozens of times, the national media does not resect the Big 12. The playoff committee does not respect the Big 12. We have seen that be true time and time again in the weekly playoff rankings. Now, as for the direct answer to your question is yes. Notre Dame doesn’t have a “conference”. Yes, they play a bunch of ACC teams but come championship weekend, they will be sitting at home while the other conferences will be crowing champions. That should mean something considering the Big 12 brought back the Big 12 championship game after being snubbed out back in 2014 with the whole Baylor/TCU saga. A one loss Big 12 champion should get in over a one loss Notre Dame team that will be sitting at home on championship weekend.

@KBehr68 asks: Matt Campbell vs Dana Holgorsen in a cage match officiated by Big 12 refs. We already know Dana will be allowed to hold all night long. How long would it take Campbell to still kick his whiney but?

Duke: Just taking a guess here, I am assuming you don’t really care much for Dana Holgorsen? Give me Matt Campbell in the cage match but if the Big 12 refs oversee the match, they would be the type of refs that get distracted easily while something illegal happens behind their backs. Classic old school wrestling. As for how long it would take, probably just a few minutes. Dana looks like a scrapper though.