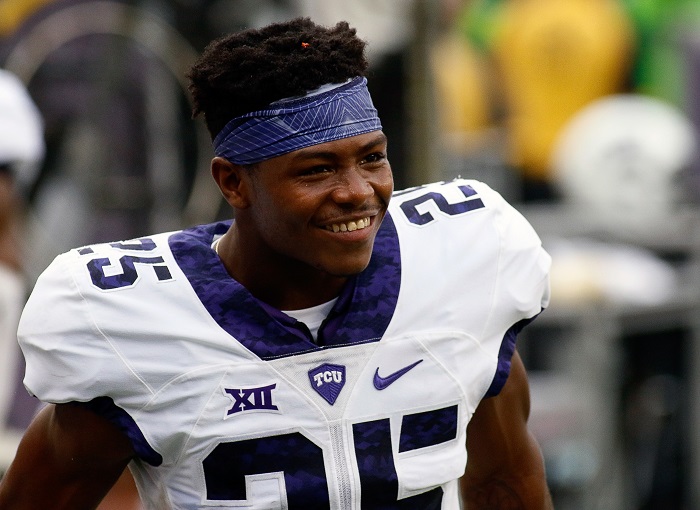 After it was reported on Monday that TCU star wide receiver KaVontae Turpin was arrested on assault charges, Heartland College Sports has learned that this is not Turpin’s first run in with the law.

As you can see below, and in this link, Turpin was arrested in New Mexico back in March at 2:20 am in Las Cruces, also for battery of a family member. That case is still open.

Plus, as also is noted below, the case from March remains open.

Turpin is one of the most electric return men in all of college football and had a 99-yard kick return for a touchdown in Saturday’s 52-27 loss to the Oklahoma Sooners, which dropped TCU to 3-4 on the season.

Here is what Gary Patterson had to say during today’s #Big12 Teleconference about KaVontae Turpin’s assault arrest. The WR/return man has been suspended. pic.twitter.com/IPGUxOugUd

“He’s suspended. Everybody knows how I handle things like this. Anytime we have had a situation show up, my track record usually speaks fo ritself. We are gathering information, but at this point, he won’t play against Kansas. We have not received anything as far as information, a police report or anything else… he knows about how that all goes. All of it.”