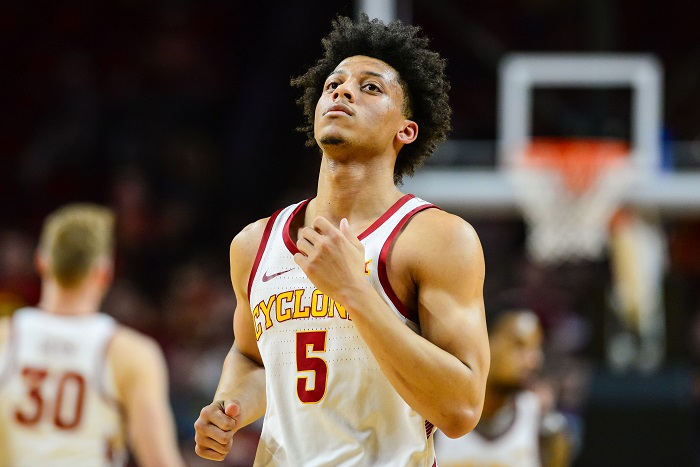 Leading up to the Big 12 season Heartland College Sports will analyze each of the Big 12 men’s basketball teams. Today it’s the Iowa State Cyclones.

Looking ahead to 2018-19: Iowa State knew last year would be a rough one, and the season ultimately didn’t disappoint in that regard. However, the Cyclones held on as a team with a .500 or better record until mid-February, despite losing Weiler-Babb to injury for a third of the season. The Cyclones were the only Big 12 team that failed to make any sort of postseason action, outside of the Big 12 Tournament. But this team grew in leaps and bounds last season and that should pay off in 2018-19. The Cyclones return a near-intact starting lineup. The loss of Jackson hurts, but between Wigginton (who flirted with the NBA before returning), Lard and Babb, they’ll cover that loss. The caveat is Lard’s status, as off-the-court issues led him to enroll in a wellness center in Massachusetts this summer. He’s already missed the Iowa State scrimmage and head coach Steve Prohm made it clear at Media Day in Kansas City that once Lard is ready to return, there will be some sort of disciplinary action. On the court, the Cyclones need Lard’s energy and above-the-rim play. The Cyclones bring in a Top 30 recruiting class and in doing so raided the Chicagoland area for some of the best recruits in that region. Tucker, Griffin and Haliburton could all see time early in the season and have the talent to avoid the redshirt. Prohm said at Media Days that he felt some of those youngsters would definitely play early. In addition, the two transfers the Cyclones took in last season — Jacobson and Shayok — are eligible. Prohm is especially high on Shayok. Both were solid performers at their former schools and their additions could make this Cyclone team a 10-deep outfit by Big 12 action. With all of this talent, there is no reason the Cyclones can’t be the turnaround team in the Big 12 this season. The Cyclones will have a hard time avoiding the postseason this time around.

Media Day quote: “I think we have worked on building our team with our chemistry, our depth, sharing the basketball and decision-making. I’m very pleased with where we are right now. There’s a long way to go, but I’m excited about the opportunities that this team presents.” — Iowa State head coach Steve Prohm.