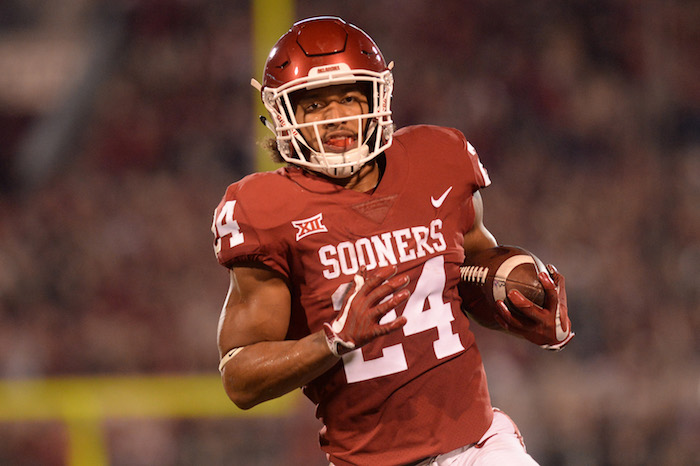 After a career that was mired by injuries, but highly effective when healthy, OU running back Rodney Anderson announced on Twitter he will enter the 2019 NFL Draft.

Anderson wrote, “I thoroughly enjoyed these past four years in Norman and am proud to have worn the crimson and cream. The bonds I formed with my teammates, coaches and friends are special to me and being selected captain this season has truly been an honor. With my degree already in hand and after much discussion with my family, I have chosen to set my sights on the NFL and focus on preparing for the 2019 NFL Draft. This was not an easy decision, but I believe I am ready for this next step.”

But last season, Anderson burst onto the scene and rushed for 1,161 yards and 13 touchdowns. He also showed dual-threat ability, catching 17 passes for 281 yards and five touchdowns. In the College Football Playoff semifinal at the Rose Bowl, Anderson rushed for 201 yards and two touchdowns in the loss.

Sooners RB Marcelias Sutton is Out for Season with Leg Fracture
Texas Tech vs. Oklahoma: Preview and Prediction
To Top