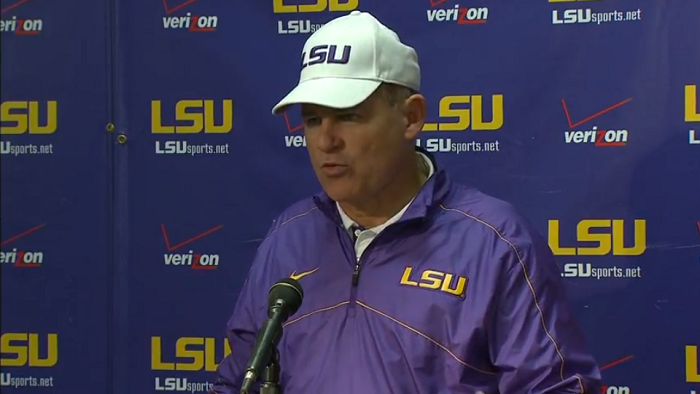 As was expected, Les Miles has his eyes on the Kansas Jayhawks job. But it looks like the feeling is mutual, as Sports Illustrated has reported that Miles is finalizing a deal to be the next head coach of the Jayhawks.

Miles has been out of the business since he was fired by LSU in the middle of the 2016 season. But it was reported on Thursday that he took a buyout from LSU, signaling that something was in motion since he left $5 million on the table from the university.

Miles would be in charge of trying to turn around he worst program in the Power 5 that has won a combined six games the past four seasons. Miles and Kansas AD Jeff Long have known each other for over 30 years from their time spent together at Michigan. When Long was the AD at Arkansas he reportedly offered Miles a huge contract to join the Razorbacks, but LSU enhanced their contract to keep Miles in Baton Rouge.

If the deal gets finalized, Miles’ preference of an I-formation, run-first offense will be a fascinating contrast in the up-tempo, pass-happy Big 12 Conference.