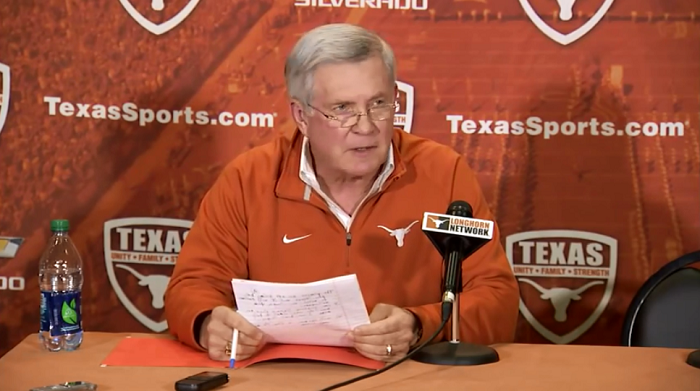 Mack Brown hasn’t been a head coach since he moved on from the Texas Longhorns following the 2013 season, but he’s heading back to his old stomping grounds, North Carolina, to be the next head coach of the Tar Heels. The news was first reported by 247Sports.

Brown is 67 years old and has spent the past five years as an analyst for ESPN. His lengthy coaching career included a stop at UNC, where he coached from 1988 to 1997 before taking over the Texas Longhorns. His other stops, pre-UNC, included Appalachian State (1983) and Tulane (1985-87).

He had the Tar Heels ranked in the top 10 of the AP Poll his final two seasons before moving to Austin. Brown went 158-48 during his time coaching the Longhorns. He won the 2005 National Championship in the legendary game against the USC Trojans and he took UT to the 2009 National Championship, where he lost Colt McCoy to injury in the first quarter and fell to the Alabama Crimson Tide. Brown won the Big 12 Conference twice and the Big 12 South Division six times.

UNC fired Larry Fedora after seven seasons on the job. Fedora had a good run early in his tenure, finishing first or tied for first in his division in two of his first four seasons. But the last two seasons have not been kind to Fedora, who went 3-9 in 2017 and 2-9 this season.