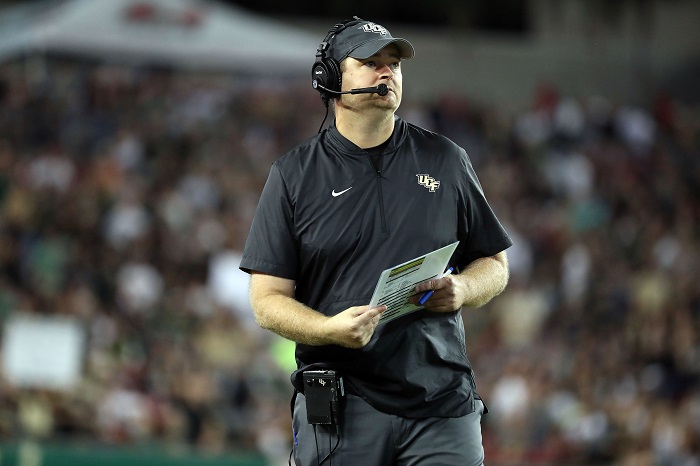 Now that Texas Tech is in the job market for a new head coach, we figured we’d banter about the topic at Heartland College Sports and discuss who is the best fit for trying to help this program get back to its winning ways, like it did during the Mike Leach era. So, who should be the next head coach of the Texas Tech Red Raiders?

He has taken North Texas to three straight bowl games and has brought them up from nothing. In fact, he has won at least nine games in consecutive seasons there. The last time that was done? Try 1977 and 1978. Yeah, it’s been awhile. Also, his current offensive coordinator is former Texas Tech quarterback Graham Harrell who I think will be the next hot coaching candidate in a couple years. In his two seasons as an offensive coordinator, Harrell has had his offenses finish in the top 20 for total offense. If Tech can get both Littrell and Harrell, I think that would be huge. Not only would this be a realistic hire, I think it would be a good hire. Littrell would bring some grittiness to a program that desperately needs it.

Kirby Hocutt has a tough decision to make. He’s already jettisoned the prodigal son of Texas Tech football in Kliff Kingsbury. So whoever he hires has to excite the fan base. He has to bring something different (namely defense) without alienating what makes Tech football exciting (offense). That’s a pretty narrow needle to thread. I feel he has to be a current head coach. It has to be someone who can handle tough recruiting environments and is used to overcoming the odds.

So I recommend Bill Clark at UAB. All this guy did was save college football in Birmingham. When he took the job in 2014 the Blazers went 6-6 and the school trustees killed the program after the season. Boosters were undeterred. They sought to revive the program and did. And Clark, amazingly, stuck it out. He sat out for two years with no program to recruit to and no guarantees that the Blazers would be any better than the 6-6 team he coached in 2014. The Blazers have been better. Clark led them to an 8-5 season last year and a win at the Bahamas Bowl. This weekend he’ll guide the 9-2 Blazers to the Conference USA championship game against Middle Tennessee.

He is 23-14 at UAB, was 11-4 in his one year as head coach at FCS Jacksonville State and was a stellar 106-11 as an Alabama high school coach. In between, he sandwiched in five years as the defensive coordinator at South Alabama.

He’s ready for a job like this. Give him a Power 5 recruiting budget and let him rip.

When they fired Mike Leach the Tech job was a lot more desirable than it is now and they could have had their pick of coaches within reason but the current state of the program will limit who wants to come there. Tommy Tuberville might have been a disaster and despite Kliff Kingsbury’s love of his alma mater he just wasn’t ready to be the head coach of a Power 5 school but it’s been proven the right coach can win.  With that in mind I think they need to go with a hire that has already been a head coach with at least some history of success to avoid the learning curve Kingsbury struggled with. There are some interesting names out there. Jim Leavitt might leave his job as DC at Oregon for Tech but I’m not sure a defensive-minded hire is what they need, not in the Big 12. Bobby Petrino and Larry Fedora are both suddenly available and could maybe win big in Lubbock but both would be public relation disasters.  Having Lane Kiffin in the Big 12 with Mike Gundy and Les Miles would make press conferences must see tv but that’s not going to happen.

This name probably isn’t even on their radar but a guy I’d at least look at if I were them is ex Oklahoma State and current Tampa Bay Buccaneers Offensive Coordinator Todd Monken.  Between calling plays in Stillwater and Tampa he was the head coach at Southern Miss for three seasons. He took a team that went 0-12 the year before his hiring to winning 9 games his third season before jumping back into the NFL ranks.  The Red Raiders aren’t in need of a giant turnaround like he pulled off at Southern Miss though, and the last time he took over a teams high powered offense with a big armed quarterback that team won the Big 12 and came within a missed field goal in Ames, Iowa of playing for the National Championship.  That 2011 OSU team probably had a bit more complete offensive roster than the Red Raiders have now but Alan Bowman has that gunslinger talent that Monken used so well when it was Brandon Weeden throwing the rock for him. Plus you need to be quirky to fit in out in Lubbock and while Monken isn’t Leach he is definitely a character and has a huge personality.  He may not generate any excitement initially if they went that way but he might just do a solid job.

To be honest, I am a strong believer in karma. I honestly feel Tech is underneath The Curse of Mike Leach. Until he is paid his $2.5 million, it won’t matter who the coach is. Notice Kansas hasn’t seen any success since the firing of Mark Mangino. Another case of karma. When Kansas State forced Bill Snyder into retirement, Wildcats fans suffered through the Ron Prince era.

I would love to see Leach return to Lubbock. Apparently, Don Williams is reporting some big money donors are willing to make that happen. It won’t matter, plus Leach has denied interest thus far. One person currently just underneath Kirby Hocutt was once my professor and  eats lunch with Kent Hance often. His quote on Leach’s firing is, “sometimes you have to pay an asshole penalty”. Also, Hocutt refused to hire him at Miami (Florida). It’s a pipe dream.

If Texas Tech really wants to bring back the results Leach brought, they can right a wrong by hiring Ruffin McNeill. This is what Tech should have done in January 2010. It would have minimized the backlash, and the players love McNeill anywhere he’s coached. Instead of McNeill, Kent Hance single-handedly destroyed the Tech football program by hand-picking Tommy Tuberville. Ruffin is who made Tech’s defense respectable. Ruffin led Tech to a 2010 Alamo Bowl victory. He’s won Conference USA with East Carolina. He can recruit to Texas Tech. It’s time for the Red Raiders to become “Ruff & Tuff”. If the brass doesn’t want to own up, Ruffin is a guy everyone can agree on and will sew that fan base right back up.

First off, I’ve made it clear that Tech made a mistake firing Kliff Kingsbury. And I don’t believe some big names will flock to this job like the Tech fan base and others think it will. But I’d go after UCF head coach Josh Heupel. He finally has some head coaching experience and he passed the test with flying colors, keeping UCF as a powerhouse in the Group of 5 and a top 10 national ranking. His was criticized often for his offense and Oklahoma and eventually Bob Stoops moved on. But Heupel learned from his mistakes, because UCF has a top 10 offense in the nation in total yards and is actually more productive on the ground than through the air. Their 5.9 yards per carry is 8th in the nation and they move at a rapid pace. While I admittedly haven’t watched a ton of UCF football, that formula sounds similar to Lincoln Riley’s. If you think this offense is just a product of Scott Frost, well Heupel was the OC at Missouri last season and they had the 7th ranked offense in the nation.

Heupel played at Oklahoma and he knows the Big 12 very well. I just wonder if Tech would have a problem hiring a Sooner? I don’t know that answer. Another obstacle is that Heupel has a massive $10 million buyout if he leaves prior to the 2020 bowl game. But his growing coaching pedigree, offensive style and Big 12 roots make him a potentially good fit in Lubbock.