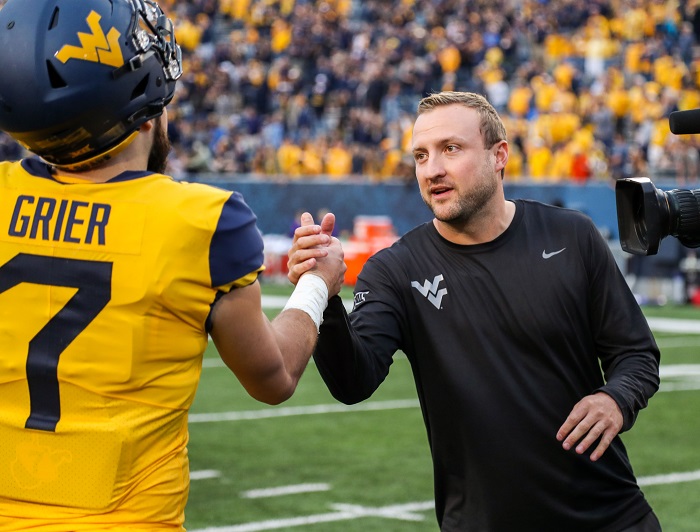 West Virginia offensive coordinator Jake Spavital is set to leave the Mountaineers to become the next head coach at Texas State, per ESPN.

Spavital will replace Everett Withers, who was fired after the Bobcats went 3-9 in 2018 and 1-7 in conference play. Texas State has yet to reach a bowl game in eight seasons since moving up from the FCS, but it’s not from lack of funds, as the Bobcats have the second-highest athletic budget in the Sun Belt.

Spavital is an offensive mind and led the Mountaineers to the ninth in scoring offense (42.3 points per game), third in passing offense (358.1 ypg) and  sixth in yards per play (7.19). This side of the ball is where Texas State desperately needs help after ranking 123rd in the nation with 19.8 points per game.

Earlier this week, West Virginia AD Shane Lyons commented on the possibility of Spavital leaving, saying, “If he has the opportunity, and wants to be a head coach, then that’s understandable. … Jake’s done a great job for us, and if the right job comes along, then I wish him the best. If not, that’s ultimately between him and Dana, and we’ll look at the assistants’ and coordinators’ agreements come January.”

Spavital has strong ties to the Lone Star state, as he served as quarterbacks coach and offensive coordinator at Texas A&M from 2013-15. Ironically enough, Texas State opens its 2019 season on the road against Texas A&M and their next Big 12 match up comes in 2021 when they host the Baylor Bears in Week 1.