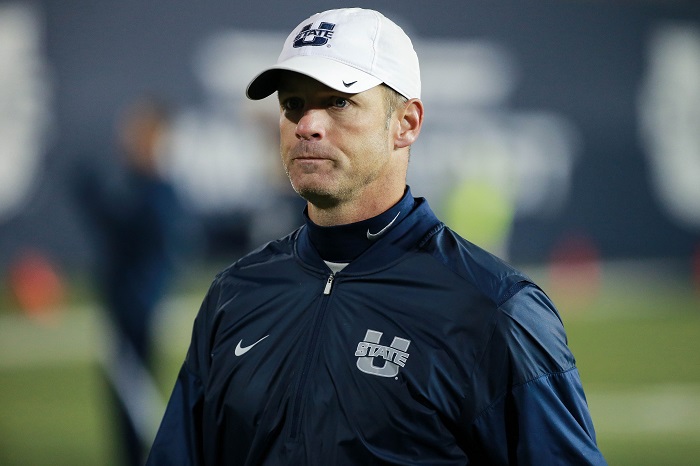 Wells is 45 years old and went 44-34 in six years at Utah State. The Aggies went 10-2 this season, and Wells was named the Mountain West coach of the year. It’s his second such honor during his time with the program.

Wells is a Sallisaw, Oklahoma native, however he has no ties to the Big 12 Conference. His prior stops as an assistant include Navy, Tulsa, New Mexico and Louisville.

Wells takes over the program from Kliff Kingsbury, who Texas Tech fired on Sunday after losing five-straight games to end the season, finishing 5-7 and missing bowl eligibility. The Red Raiders haven’t won more than seven games since Kingsbury’s first season in 2013 and the program hasn’t won nine games since Mike Leach’s final season of 2009.

Texas Tech only reached a bowl game in three of Kingsbury’s six seasons and the program hasn’t won a bowl game since the 2013 campaign (Holiday Bowl).

Utah State had the best offense in the MWC in 2018 averaging 47 points per game and 492 yards per game.