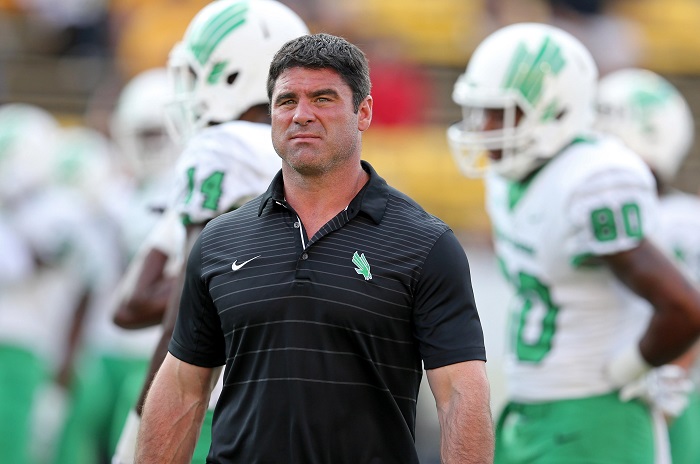 The Kansas State Wildcats coaching search will continue, and you can officially cross North Texas’ Seth Littrell off the list. According to Brett McMurphy, Littrell has withdrawn his name from consideration for the opening in Manhattan.

Littrell is considered a rapidly-rising star in the coaching world based on the success he has had with the Mean Green. Littrell is 40 years old and has turned around a North Texas program that went 1-11 in 2015, but has improved to 5-8, 9-5 and 9-3 since he took over the job. He has Big 12 ties as well, coaching as a GA at Kansas and then being the running backs coach under Mike Leach at Texas Tech from 2005 to 2008.

Kansas State is pushing one week since Bill Snyder retired after 27 years as the head coach in Manhattan, and will the Early Signing Period less than two weeks away, the Wildcats remain the lone opening left at the Power 5 level.

The Heartland College Sports crew did a roundtable this week on who should be the head coach for the Wildcats. Unfortunately for one of us, Littrell is no longer an option. But who else should AD Gene Taylor consider? Check out our picks here.