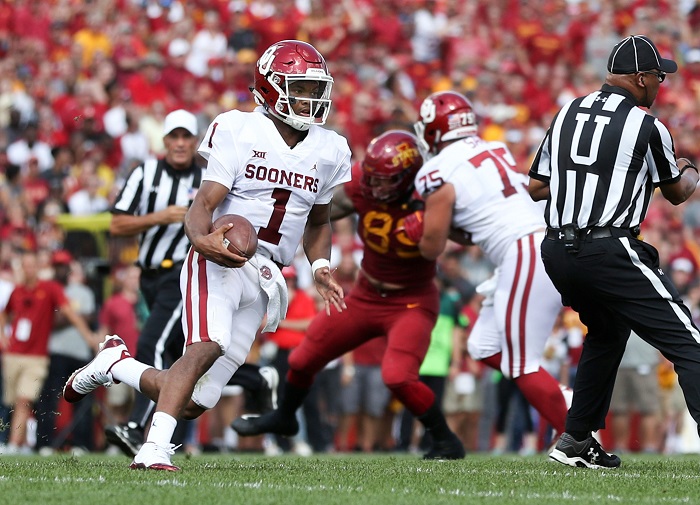 Welcome to Double D Unleashed. I am your hostess with the mostest, or the blogger with the whatever rhymes with blogger. This is a new series that features well, the best of my thoughts for the week and then some. From football, to Twitter to whatever the hell I am drinking currently, this series has got you covered. I’ll do my best to keep it PG-13 but I couldn’t make Pete any promises. In fact, there are no promises here or rules for that matter. Anything goes and as long it is on my mind, I’ll post it here in this series. So, sit back grab a drink (Alcoholic or non but trust me, you’ll need alcohol for this) and enjoy. Let’s get this shit started.

What Am I Drinking?

Let’s start with the most important question of the article. Right now, it’s a little cool outside here in South Texas. By cool, I mean as I am typing this it is currently 41 degrees outside. For the people in the north saying, “THAT’S NOT EVEN COLD YOU MORON!”, well, it is a bit for me, but I will take this cool weather over the hot Texas sun any day of the week. As for this week’s drink, it’s Crown Royal Vanilla on the rocks. It’s smooth and I like vanilla, ok? So, get off my damn back. Seriously, try it.

Right now, my phone is exploding with alerts and texts due to all the changes every day. Since the season ended, Les Miles has been hired to Kansas, Matt Wells to Texas Tech and now, Chris Klieman has been named the new head coach of Kansas State. I think you folks have heard me blabber enough about Matt Wells and Les Miles so now I will blabber about the Chris Klieman hire. Interesting enough, there seems to be a split among Kansas State fans and I must ask, who else was Kansas State going to hire realistically? Sure, the whole Seth Littrell thing was botched but Chris Klieman is a solid hire in my opinion. Coming from North Dakota State, Chris has been the head coach there since 2014. So far, he has won five conference titles and 3 National Championships. Right now, he is going for natty number four as his team is in the playoffs once again. And yes, the FCS has an actual playoff. His overall record at NDSU? 67-6 and has a conference record of 36-4.

It doesn’t take a math wizard to know that is a damn good record. His teams love to run the football, take care of the ball and play good defense. Sounds familiar doesn’t it Kansas State fans? Whether you like the hire or not, if you are a K-State fan, you will be rooting for Chris to succeed. Now, I will say I don’t care for him coaching through the playoffs and missing out on the early signing period possibly but that’s not my call to make. Also, his six-year deal seems a little lengthy but if AD Gene Taylor is right on this one, then I guess the contract won’t look so long after all. Welcome to the Big 12 Chris Klieman.

In case you were living under a rock, Oklahoma quarterback Kyler Murray won the Heisman Trophy this past weekend and that makes back to back Heisman winners for Oklahoma. This makes Lincoln Riley two for two in his head coaching career when it comes to Heisman winners. If Khalil Tate transfers to Oklahoma, I may just have to put a little money down in Vegas. Overall, this is great for the Big 12 and hats off to Kyler Murray. The dude is unreal playing quarterback and I am glad he won it. Also, for the voters who vote before conference championship games, you don’t deserve a vote unless you won a Heisman. FYI: Billy Simms is one hell of a hype man.

Idiot of The Week

Congratulations to Joe from Red Bay, Alabama. You are the idiot of the week. Ah, where do I start with ole Joe here? First off, he called the Paul Clownbaum Show to express his feelings on Kyler Murray winning the Heisman Trophy over Alabama’s Tua Tagovailoa. As if calling the Clownbaum show wasn’t enough, Joe went on to say, “Kyler Murray wouldn’t be our fourth string quarterback here at Alabama.” Now, I have never been to Red Bay, Alabama but if people there share the same opinion as Paul’s boy Joe here, it would be best to take away the phones and computers from people to stop the nonsense that comes out of their mouths and keyboards fingers. I just want to know one thing about Joe. When he called in what was higher, his blood alcohol level or his IQ? From the crap that came out of his mouth, my money is on the blood alcohol level.

Quote of the Week

“The First Five Days After The Weekend Are Always The Hardest.”