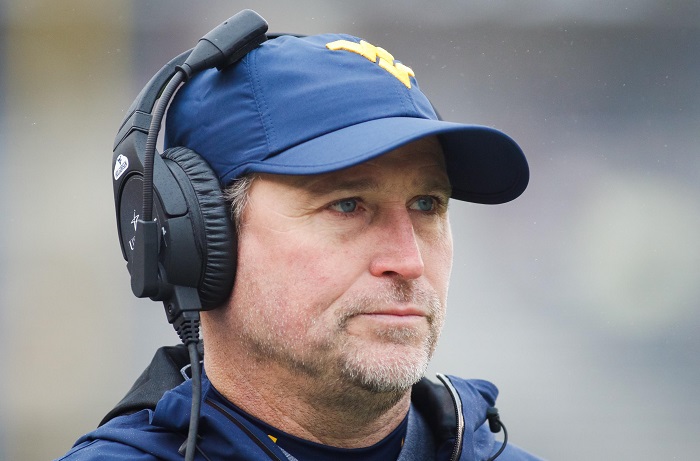 One day after the Mountaineers lost to Syracuse in the Camping World Bowl, reports have surfaced that with Houston planning to part ways with Major Applewhite, the Cougars are zeroing in on West Virginia head coach Dana Holgorsen.

According to our sources at Heartland College Sports, the interest is real, and mutual, and is “picking up steam”. We have also heard that Holgorsen is very close with Houston megabooster Tillman Fertita, who is also the owner of the Houston Rockets.

Also, WVUWire.com reports, “Holgorsen is prime for the picking right now with his buyout at WVU scheduled to reduce to $1 million at the beginning of the year. WVUWire as also learned that WVU is potentially not prepared to counter any offer made by the University of Houston.”

There’s little surprise that WVU AD Shane Lyons would be more than okay with Holgorsen moving on, as it’s long been rumored that the two don’t see eye to eye.

Holgorsen has plenty of ties to the Cougars, as he was their offensive coordinator at Houston in 2008 and 2009. He spent nearly a decade in the Lone Star State as he was at Texas Tech prior to the job at Houston. Holgorsen then ended up as the OC with Oklahoma State in Stillwater before eventually taking the job in Morgantown with the Mountaineers.

Many West Virginia fans have been frustrated with how this season played out. Despite coming in with arguably the most explosive offense in the Big 12, WVU finished 8-4 with losses to Iowa State, Oklahoma State and Oklahoma, before dropping the Camping World Bowl. The loss to the Orange dropped Holgorsen’s record to 2-5 in bowl games. However WVU’s thrilling win over Texas was listed as our No. 1 game of the Big 12 season.

For Holgorsen’s career in Morgantown, he’s 61-41 and 38-32 in Big 12 play. His best season came in 2016 when WVU went 10-3 and finished 2nd in the conference before losing to Miami in the Russell Athletic Bowl.