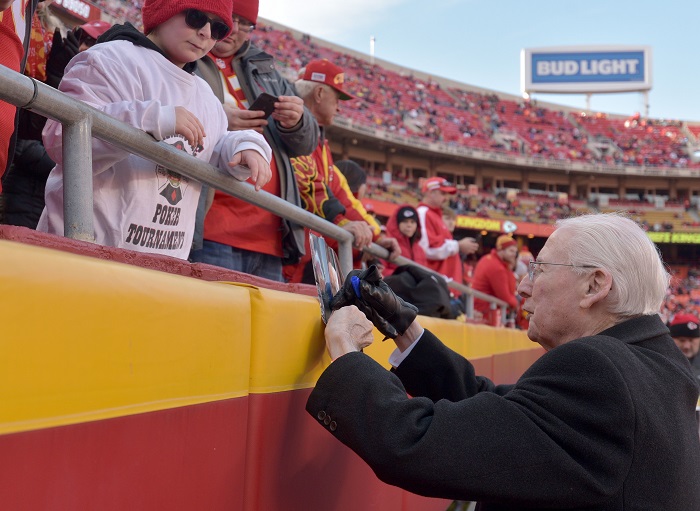 With Bill Snyder officially in retirement from the Kansas State Wildcats, the head coach had a special moment on Sunday as he got to lead the first-place Kansas City Chiefs in “The Chop” at Arrowhead Stadium.

Bill Snyder leading the chop at Arrowhead by banging away on the big drum. #Chiefs pic.twitter.com/LqXpW53ID5

Snyder was Sunday’s Drum Ceremony Honoree as the Chiefs were taking on the Oakland Raiders, with a chance to clinch a bye and the No. 1 seed in the AFC Playoff picture.

Snyder’s retirement was announced earlier this month following a 5-7 finish to the regular season, ending in shocking fashion after blowing a double-digit lead to the Iowa State Cyclones.

Snyder transformed the Wildcats program, taking over the worst job in the sport and turning in an overall record of 215-117-1 and 128-89-1 in league play. He took the Wildcats to 19 of their 21 bowl appearances, with a 9-10 record in those match ups.

He’s also one of just six coaches with 200+ wins with all of them coming at one school. Snyder is already in the College Football Hall of Fame, as he was inducted back in 2015.

Snyder was replaced by Chris Klieman, who was most recently the head coach of FCS North Dakota State.