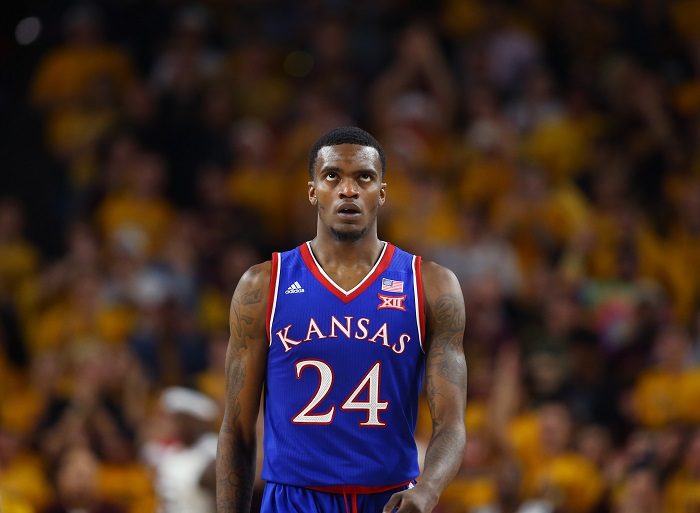 Each week Heartland College Sports will rank the men’s basketball team’s in the Big 12 Conference, based on previous play. This week’s rankings take into account non-conference play. For this week only we have links to our Starting Five series, with more in-depth analysis on each team.

No big surprise here. The Jayhawks look, to me, like a team that is primed to be a No. 1 regional seed in the NCAA Tournament. I don’t think Kansas can run the table in the Big 12 because there are simply too many good teams that can challenge the Jayhawks. But a one- or two-loss season seems possible. Dedric Lawson has taken full control of this team and the growth of Lagerald Vick makes them potent outside.

The Red Raiders’ only loss is to Duke and there is no shame in that loss. They played the Blue Devils right to the end and led most of the way. Jarrett Culver’s growth as a player has been immense and the Red Raiders’ halfcourt man defense is better than a year ago. With a healthy roster Texas Tech now looks like the team most capable of unseating Kansas. But it won’t be easy.

Even without Dean Wade — who is out indefinitely with a foot injury — the Wildcats, to me, remain a Top 3 team. K-State knows how to play without Wade, but their longevity in the league race will be tied to how long Wade is out. The Wichita Eagle confirmed on Dec. 18 that Wade has a slight tear in a foot tendon and that it could keep Wade out anywhere from three to eight weeks. Kamau Stokes, Barry Brown Jr., Cartier Diarra and company will have to hold down the fort in the interim. After last year’s NCAA run, they’re used to it.

The Horned Frogs have a 10-deep look and the return of Jaylen Fisher from injury gives them, certainly, the most experienced group of guards in the league. The starting lineup is highly experienced and the bench is young and energetic. Head coach Jamie Dixon has his work cut out for him finding time for up to 10 players in league action. But it’s a nice problem to have. This group will be competitive with any of the three teams above them in the power rankings.

Based on my expectations, the Sooners have been a surprise. The evolution of Christian James as a team leader has been something to watch, and forward Brady Manek has continued to evolve his game. With forward Jamumi McNeace back from injury, the Sooners should be full strength going into league action and give the league’s upper crust fits.

They were a plucky group without Lindell Wigginton and Solomon Young, who missed considerable non-conference play with injuries. All that did was offer their talented freshman class time to develop. Both Wigginton and Young are back for Big 12 action, and the Cyclones could be 10 deep going into their league opener. The freshmen give the Cyclones athleticism. The vets give them experience. They could rise fast.

Another team that played a tough schedule in non-conference. I’m unsure how good their guard play will be in the wake of the departures of Jevon Carter and Daxter Miles. They don’t have the quality point guard play this season, and they may not with James Bolden running the show. But if Bolden, Sagaba Konate and Esa Ahmad play to their level — and maybe a little above it — they can move up these rankings fast. By the way, the demise of “Press Virginia” has been greatly exaggerated.  It’s still there.

I’m going to give Texas the benefit of the doubt in the short term because, frankly, they’ve played the toughest non-league slate this side of Kansas. What I saw against Purdue I liked. But the Longhorns have to develop more consistency and develop a better overall game from the 3-point line to be truly competitive. Don’t be surprised if freshman Jaxson Hayes is Texas’ leading scorer in Big 12 play.

The Bears looked better than I expected when I saw them against Oregon. The rise of Tristan Clark as a forward in this offense has been terrific. But the Bears are still an eight-deep team at this point and don’t have quite enough trust in their point guard, Makai Mason, yet. They’ll be tough to deal with. But wins could be in short supply early.

The only .500 team in the conference, the Cowboys could occupy this spot for a while. They’re talented but they’re thin and they’re lacking a real interior presence. One positive? Curtis Jones joined the team after the semester and in three games became the team’s second leading scorer with 12.3 ppg. The Cowboys are 2-1 in those games.