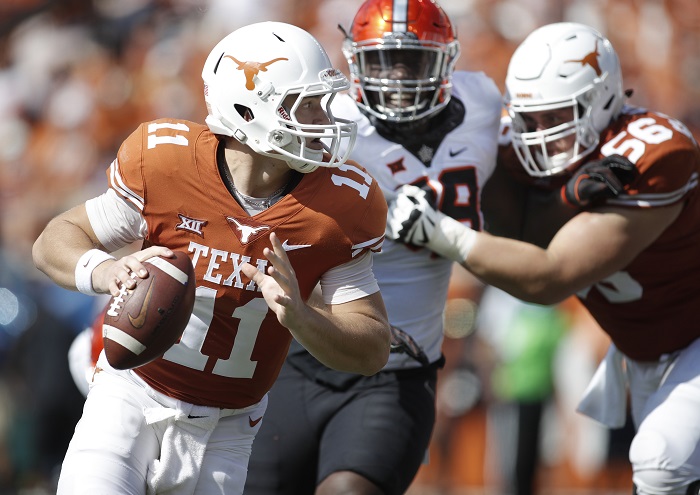 Here is everything you need to know about the Sugar Bowl in our Texas vs. Georgia preview and prediction!

Swift is a First-Team All-SEC selection after piling up 1,037 yards and 10 touchdowns, while averaging 6.7 yards per carry. His total yardage could’ve been much higher had he not shared the workload with his fellow backfield star Elijah Holyfield (956 rushing yards). He left the team in rushing in six of their previous eight games. But Swift isn’t just a runner, he is more than  capable of making plays as a receiver out of the backfield. In the team’s near upset over Alabama, Swift had a career-high six catches for 63 yards and a touchdown.

Ledbetter is fourth on the team, and tops on down linemen, with 51 tackles, 5.5 tackles for loss and a sack. He’s also come on strong late in the season as 4.5 of his 5.5 sacks came in the final five games of the season against Kentucky, Auburn, Georgia Tech and Alabama. He was also a team captain for three of those games, showing that he’s become a leader on this defense. Ledbetter finished as an All-SEC Second Team selection.

Ehlinger made really nice strides in his true sophomore season. He finished with 3,123 passing yards (6th in school history) and 25 touchdowns and just five interceptions, while completing over 64% of his passes. His 38 touchdowns (13 rushing) accounted for are tied for the second-most in school history with Vince Young in 2005.

Johnson was a Second-Team All-Big 12 selection and led the team with 85 tackles, which ranks ninth in the Big 12 Conference. His 15.5 tackles for loss was fifth in the conference and 5.5 sacks ranked eighth. He had five games this season with multiple tackles for loss. He’ll need to be all over the field on Tuesday night for Texas’ defense to keep Georgia’s offense in check.

Georgia wants to run the ball, we know that. They were the best running team in the SEC with 250 rushing yards per game. However, Jake Fromm might be wise to try and take advantage of the Longhorns early through the air when they’ll be so focused on the run. Texas ranked 8th in the Big 12 and 113th in the country in passing yards allowed per game. The Bulldogs should try to get the ball into the hands of Riley Ridley, Mecole Hardman and/or Isaac Nauta and see if they can catch Texas off guard with a shot or two downfield.

Texas needs to try and take advantage of Georgia through the air. Big news came down earlier in the week when Georgia’s star cornerback Deandre Baker announced he would skip the bowl game to prepare for the NFL Draft. So Ehlinger needs to get the ball to Collin Johnson and Lil’Jordan Humphrey combined for 144 receptions, 2,054 yards and 16 touchdowns this season. The Longhorns are one of just seven teams to have two receivers of 65 catches or more. Utilize them and target them early and often. The Longhorns can take some chances since Georgia has not done a good job with takeaways, only having eight interceptions on the season, ranking 8th in the SEC and 88th in FBS.

Prediction: Texas 35, Georgia 28. Georgia was crushed after not making the College Football Playoff and one year after reaching the National Championship Game. On top of that, a lot of Georgia players spent the weekend tweeting indirectly about how they got hosed not making the Playoff. Will they take that frustration out on Texas or will it be a letdown game? Here’s the thing: this game means much, much more to the growth of the Texas program under Tom Herman. And when it comes to Herman, he’s as good as there is as an underdog. My guess is Herman’s game plan is to make Jake Fromm beat them, which Fromm won’t be able to do. Texas uses its big wide receivers and Ehlinger’s dual-threat ability, while getting just enough stops to pull off the win.