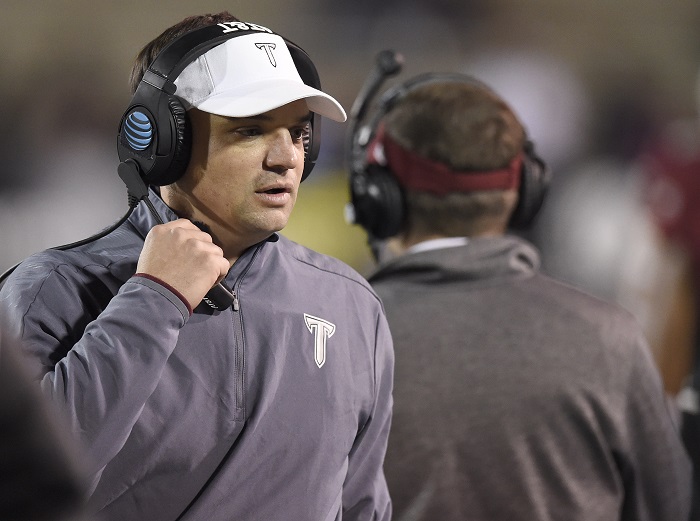 The Mountaineers have been on a coaching search since it was reported that Dana Holgorsen would be leaving Morgantown for Houston, West Virginia University have hired Troy’s Neal Brown to be their next head coach.

Brown is considered a rising start in the business. He’s just 38 years old and has led Troy to a 31-8 record in the past three seasons and won three consecutive bowl games.

Two huge upsets have defined his career with each coming the past two seasons. In 2017, Troy went to No. 25 LSU and won 24-21, and this season, they went to Nebraska and won 24-19. He’s also won three-straight bowl games, most recently beating Buffalo in the Dollar General Bowl.

Per Yahoo Sports, “Brown met twice with WVU officials this week and he impressed them with his charm and charisma, flashing hints of a young Dabo Swinney.”

According to WVU Wire, “We are told that Neal Brown, currently the head coach at Troy, is tentatively slated to be the next head coach of the West Virginia Mountaineers. Brown has met with Lyons on two separate occasions over the last 3 days and has toured the campus.”

Brown played high school football in Danville, Kentucky and played college football at Kentucky before transferring to UMass for his final season.

Brown is 35-16 overall in four seasons. Troy tied for the Sun Belt Conference championship in 2017 and went 7-1 in conference play this season, with the only loss coming to champion Appalachian State.