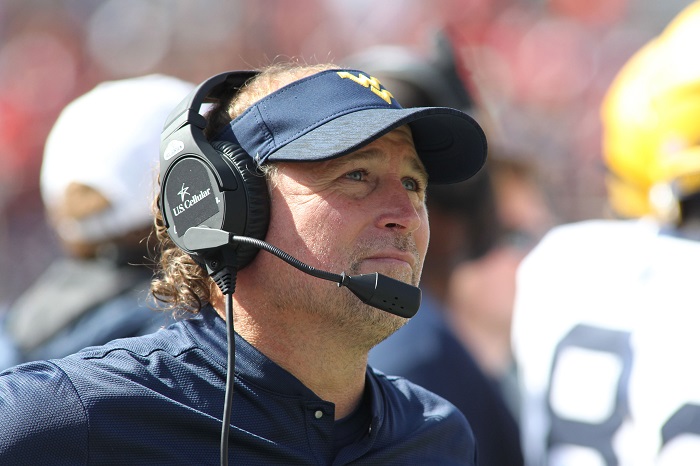 Despite his tenure in Morgantown ending on a somewhat sour note, Dana Holgorsen, who is now the head coach of the Houston Cougars, wrote a classy farewell letter to Mountaineer Nation in this Sunday’s edition of The Dominion Post:

“After eight seasons in Morgantown, I am beginning a new chapter in my coaching career back in Houston. Leaving the great State of West Virginia is difficult. West Virginia is a special place. The passion and pride that West Virginians have for their state and for the flagship University is remarkable and helped elevate our program.

I want to thank Mountaineer Nation for the incredible support and for welcoming my family and I into your family. I want to thank the faculty, staff and students who were so instrumental in helping our players achieve well-beyond their dreams. I want to thank our coaches and support staff for their commitment to excellence. Most importantly, I want to thank the hundreds of young men who chose to earn a WVU degree and wear the blue and gold uniform that represents all of those who have come before and who are still yet to come.

I will be cheering on the Mountaineers from afar and I have no doubt greater things lie ahead for West Virginia University.

The program has hired Troy’s Neal Brown to be the next head coach of the Mountaineers.