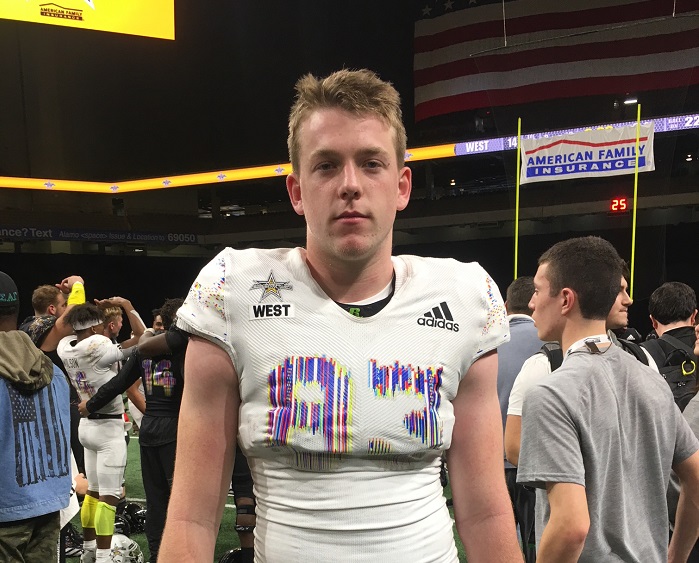 Austin Stogner competed in the All-American Game on Saturday where HCS recruiting insider Derek Duke was on scene. The four-star tight end signed with the Oklahoma Sooners over offers from Texas A&M, Auburn, Alabama and several others.

Here is what Derek had to say about Stogner’s play after seeing him in person, followed by a Q&A.

“I thought Austin played a solid game. I believe he was the only tight end for his team and having seen him play before, it was no surprise that he played well. He is big at 6’6 235 pounds and can block on the edge as well as be a mismatch on the outside. He reminds me of former Sooners tight end Mark Andrews a little bit. I got the chance to speak with Austin after the game.”

HCS: Where do you see the Oklahoma program going over the next few years?

HCS: What was it like getting to play with your future teammate and quarterback Spencer Rattler for the first time?

HCS: How do you think you fit in Lincoln Riley’s offense?

Austin: “I think I fit great. Like a Mark Andrews type. I am really excited because Lincoln Riley is a great offensive coach and I am excited to see how he can use me.”

HCS: What sticks out to you about Lincoln Riley than any other coach that tried to recruit you?