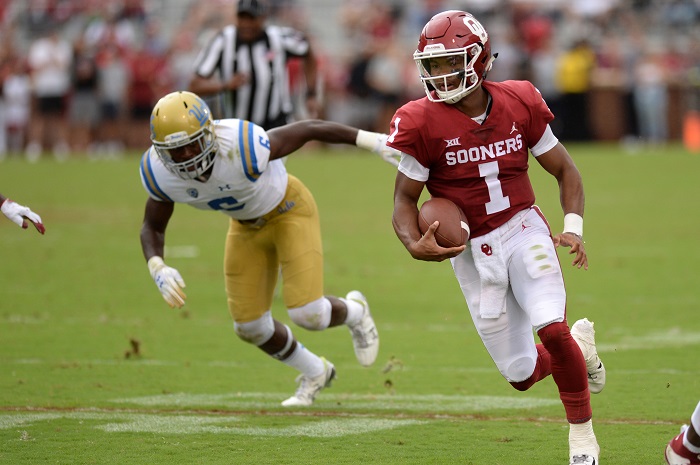 Kyler Murray might not be heading to play baseball after all. According to the San Francisco Chronicle, the Oakland A’s expect Murray to declare for the 2019 NFL draft before Monday’s deadline.

Murray was long expected to simply play one year for the Sooners after he was selected by the A’s with the ninth pick of the MLB draft in 2018 and signed a $4.66 million contract in June. The team, and his agent, Scott Boras, agreed to one year of football before starting his professional baseball career.

But after replacing Baker Mayfield, the Heisman winner and No. 1 Draft Pick, Murray exceeded some expectations by leading Oklahoma to the College Football Playoff and also winning the Heisman Trophy.

The A’s were told recently that Murray would not be going back to Oklahoma, according to ESPN. The A’s still expect him to report to spring training in mid-February, but Murray will need to make a decision in the next month. Spring training for the A’s opens Feb. 15, so he would need to decide on preparing for the NFL Draft or starting his baseball career.

Murray has made is clear in recent week’s he’s clearly fallen in love with football, maybe more so than baseball. During the Heisman Trophy ceremony last month he said, “I’d like to do both, if possible. But I don’t know how possible that is.”

The Chronicle reported that one source told the paper Murray is leaning toward football.

According to ESPN draft experts Mel Kiper and Todd McShay Murray could be a first-round pick, which is a four-year guaranteed contract.