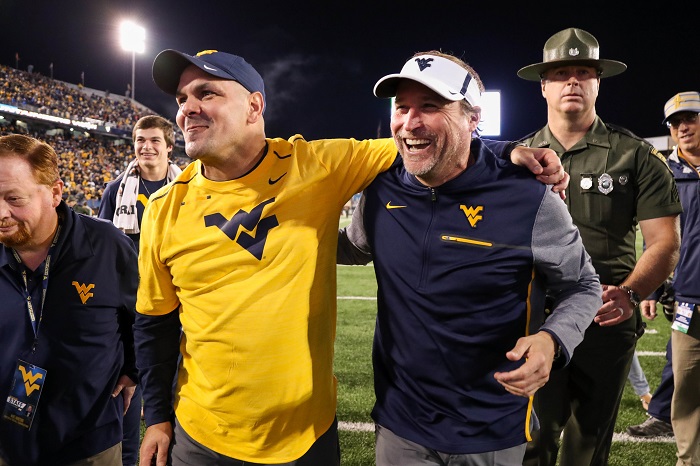 With West Virginia having a coaching change this offseason, replacing Dana Holgorsen with Neal Brown, a familiar name and fan favorite is also leaving town. Former WVU defensive coordinator Tony Gibson is heading to NC State to be the co-defensive coordinator of the Wolfpack. Gibson will fill the position that Ted Roof held, as he left the team to take the head coaching job at Appalachian State.

THANK YOU Mountaineer Nation – it has been an incredible ride. Being the DC at WVU has been an honor and I am indebted to each and every player that I coached and the great State of West Virginia. I Love and will miss my DAWGS! Excited for my new journey at NC State.

Gibson came to WVU in 2014 and stabilized a role that had been a carousel for many years. He was the fourth DC in as many years, following Jeff Casteel, Joe DeForest, and Keith Patterson. His 3-3-5 scheme worked, for the most part, pretty well in the high-octane Big 12 Conference.

His best season came in 2016 when WVU won 10 games and Gibson’s defense ranked third in the Big 12 in total defense, third in rushing defense and second in pass defense efficiency. They also forced 25 turnovers which was tied with Kansas State and Oklahoma State for the most in the Big 12.

Coincidentally enough, the Mountaineers and Wolfpack will play in Morgantown on September 14th. As if this match up between Power 5 opponents didn’t have enough at stake, the Gibson news adds a nice twist.

With all the changes in Morgantown, last week on the podcast we spoke to Fox Sports Charleston’s Brandon Lowe, which you can listen to here.