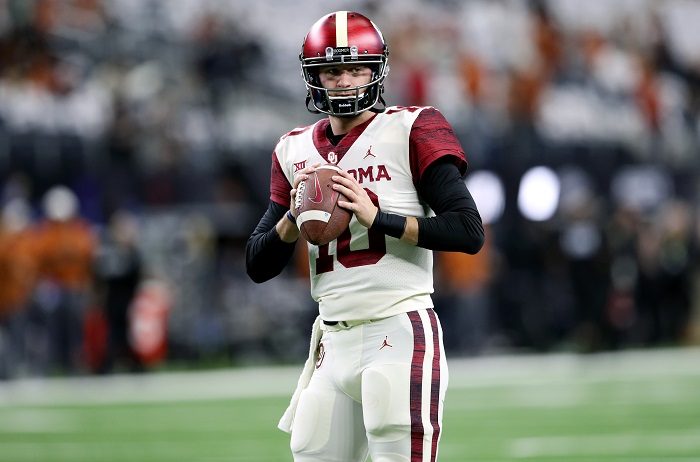 What’s made the Sooners look even more petty in the wake of all this is the news also breaking on Wednesday that the program has landed Alabama transfer quarterback Jalen Hurts. Yes, the guy who led Bama back from a double-digit deficit in the SEC Championship Game to put the Crimson Tide into the College Football Playoff.

Of course, this is nothing new in the college football landscape. There was the infamous decision by Texas Tech to force Baker Mayfield to sit out a year before playing for the Oklahoma Sooners. However, this is different, as Kendall is a graduate transfer, who has paid his dues to Norman, and has two years of eligibility left as a redshirt sophomore. This is not a guy who bolted after one season, or someone who played, exceeded expectations, and wants an upgrade.

In Mayfield’s case, he was able to use his redshirt when he transferred, so he did not lose a season. Kendall has already spent three seasons on the bench and only has two years left to get in a system and get himself on the field to try and prove himself for the next level and potentially further his football career. At this point, Oklahoma is arguably hindering his ability to have a career playing the sport he loves, because, well, he “might” be able to help WVU steal a play or two?

For the Sooners to block that is a bad look and petty. There’s no way around it.

The defense of this move is always the same, “but, but, but he knows Oklahoma’s offense, players and tendencies like the back of his hand!”

This is way overblown. How do we know this? Because in the NFL players leave via free agency all the time and sometimes, they happen to go inside the same division, where they play teams two times per year. And somehow, someway, everyone manages to live with it and the game goes on. This rule has often been about control. And as a grad transfer, there should be no strings attached between a player and his program.

There is another factor here that OU fans might not like, but needs to be discussed, because things are never as black and white as they appear. The Sooners have won four Big 12 titles in a row and have the past two Heisman Trophy winners, while bringing in a player at the position who is 26-2 as a starter at Alabama. There is a part of this that makes it appear as if OU is simply being the bully on the block. The Sooners look like the multi millionaire walking up to a homeless man and pretending to hand him a $5 bill before pulling it back, walking away and laughing in his face.

The optics are horrible. Let’s see if Oklahoma wises up and changes its mind. Lincoln Riley is running a great program in Norman that has enormous momentum and to put any kind of a stain on it by doing something this silly is simply not worth it.