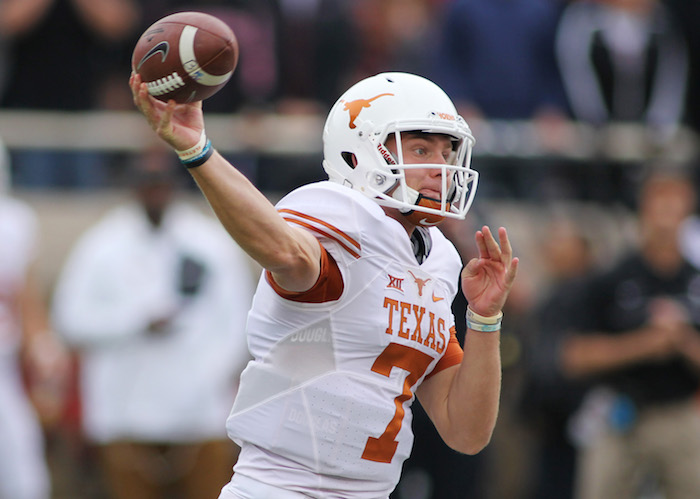 Shane Buechele has found a new home. The former Texas quarterback announced on Twitter on Thursday that he will be transferring to SMU.

Buechele will graduate from Texas this spring then join the Mustangs. As a grad transfer he will be eligible immediately for the 2019 season.

Thank you Longhorn Nation. On to the next chapter. pic.twitter.com/3Wk65mSByf

Words cannot describe how thankful I am for everything you taught me on and off the field. Thank you for everything. Can’t wait to watch you tear it up next year. Love you bro❤️🐎 https://t.co/DUJ1gfynZW