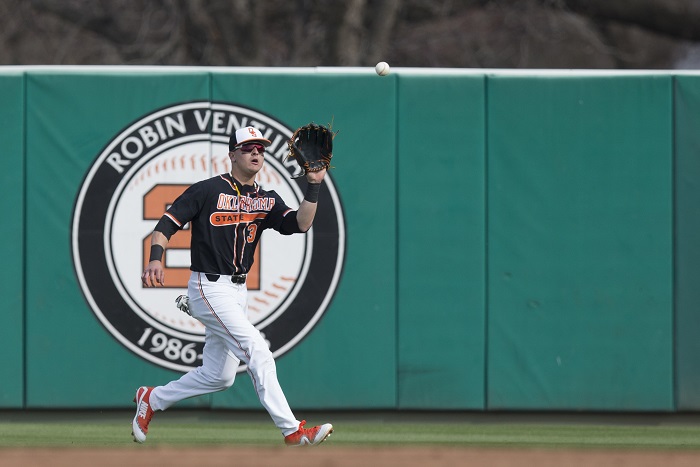 A late bloomer in 2018, Boone put on a spectacle that many Cowboys fans will remember.

South Florida took an early 1-0 lead against Oklahoma State during an elimination game in the DeLand Regional. The pokes would regain the lead, but South Florida had hope of coming back for quite some time. Boone wiped that hope away cleanly. The 6-foot-2, 210 pounder belted not one, but two home runs with a man on base. The message was sent loud and clear. South Florida could kiss their hopes, dreams, and Boone’s blasted baseballs goodbye.

Boone has seen quite a bit in his young career. He has a Big 12 Tournament Championship to his name, as an eight seed we might add. The Tulsa, Oklahoma native has been to two NCAA Regionals. After two storybook seasons for the Cowboys, what is next for Boone? He certainly hopes a trip to Omaha. Although, a trip to the Super Regionals would be better than both of the previous seasons.

This is the year Boone could seriously blossom. Statistically, he was right on the cusp during Big 12 play. He knotted 14 extra base hits. Half of those were home runs, while two were triples.

The odd thing about Boone is that he destroys Big 12 competion, particularly the first game. He’s not so fond of mediocre competition. In his first six games of 2018, he notched just one hit against Texas State, Marist and Little Rock. When you fast forward to the Baylor series, he belted three jacks and scored four runs in a single game. Most players see their averages dip in conference play. Boone’s shot up 23 points to .293.

So far, he’ll be labeled as a feast or famine player. This is why Boone slides out of the top 20. He must find a way to be more consistent. To quote Ben Cartwright in the movie Fever Pitch: “ You can have a lucky day, sure, but you can’t have a lucky career.” Boone finished hitless in half of his 14 pre-conference starts. If his bat isn’t frozen in the month of February, he could easily be a .300 hitter this season.