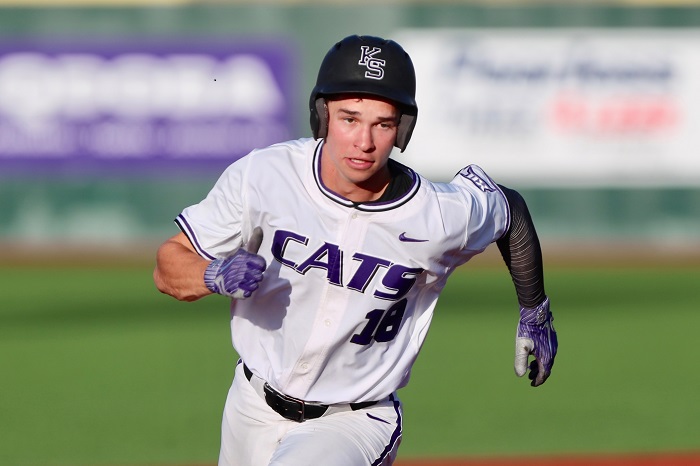 Call this man “Mr. Everything” because that’s exactly who he is to Kansas State baseball right now. He’s the only Kansas State Wildcat on this list, and he does everything from hitting to pitching. I wouldn’t be surprised if he was the custodian, the electrician and the pilot for Kansas State flights too.

Brennan was the only Wildcats to finish the overall season with a batting average above .300. While his Big 12 average was only .289, he still finished second among regulars in that category. Drew Mount, the only Wildcat regular to hit over .300 in conference play, is now in the Cincinnati Reds organization.

It just so happens Brennan has the best ERA against conference competition too. He managed to keep his ERA below the 4.00 mark and had the best WHIP at 1.24. This came in five appearances, including four starts. Not only that, but he recorded four times the amount of strikeouts as he surrendered walks. That ratio is 20:5.

Brennan is draft eligible this season, and I would be every bit surprised if he sticks around for his senior year. This man will be drafted. For this downtrodden program, Brennan is an angel sent from the Heavens.