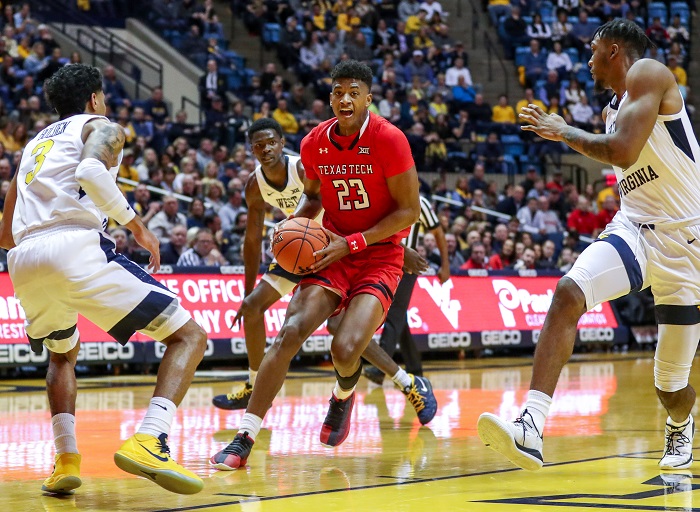 After watching each of the Big 12 games for Week 7 of the league season (Feb. 11-16), here is the Heartland College Sports Men’s Basketball Starting 5.

The freshman guard had a huge week when the Kansas Jayhawks really needed it. He scored 25 points, grabbed 10 rebounds and dished out 5 assists in an overtime win over TCU. Then, against West Virginia, he went 15-5-8 in those same categories. Dotson’s offensive uptick is coming at a perfect time for the Jayhawks, who are starting four freshmen. Dotson’s 25 points and 20 rebounds were career highs and he’s averaging 18.2 points per game in his last five games.

Marial Shayok may have had the double-double for the Cyclones against Kansas State, but Horton-Tucker gave the Cyclones a huge performance from beyond the arc — 6-of-9 from the 3-point line — as he scored 20 points in the victory over the Wildcats. This came a week removed from a 4-point outing against TCU, a game the Cyclones lost. Horton-Tucker is averaging 14 points per game in his last seven outings. He and Dotson are on a collision course in Big 12 Freshman of the Year voting.

If you’re looking ahead to next season, this is the guy head coach Lon Kruger really want to become a force in his offense. In a 1-1 week for the Sooners, Doolittle had 14 points in a loss to Baylor and 21 points and 10 rebounds in a win over TCU. The Sooners were desperate for a win against TCU, having lost five straight, and Doolittle responded. The junior has scored double figures in five of his last six Big 12 games.

Texas Tech’s offense is now more balanced, but the Red Raiders still need Culver at his best to win games. In a 2-0 week Culver had 19 points and 3 rebounds against Oklahoma State and 18 points, 8 rebounds and 4 assists against Baylor. Culver hasn’t had a game without hitting double figures in scoring since Kansas State held him to 9 points on Jan. 5.

Brown had a great week, despite the loss to Iowa State on Saturday. His defense against Texas as critical to that win in Austin on Tuesday, as he scored 16 points and grabbed 5 rebounds. Against Iowa State he scored 23 points and had 5 rebounds as he did what he could to keep the Wildcats in the game after Dean Wade left the contest. Brown might be the most consistent player in the conference. He’s failed to reach double figures just four times this season, and just once in Big 12 play, scoring only 8 points against Texas on Jan. 2.

He’s been here before, and against Kansas State Wigginton poured in 23 points off the bench to help the Cyclones defeat the Wildcats and close K-State’ league lead to one game.