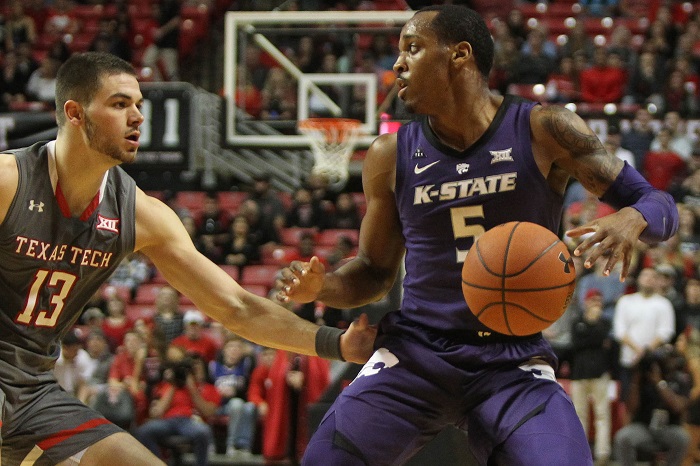 Each week Heartland College Sports will rank the men’s basketball team’s in the Big 12 Conference, based on play from Feb. 18-23.

K-State took care of business this past week with two wins over the bottom two teams in the Big 12. Now, it’s a Big Monday in Lawrence against Kansas and a final push to see if they can remain at the top of the Big 12. Kansas State has lost one Big 12 game since Jan. 9.

Tech slides up a spot this week after putting on a scorching performance against Kansas on Saturday. The Red Raiders are red-hot since their three-game losing streak dropped them out of the top spot in the Big 12. The Red Raiders have won seven of their last eight games. For what it’s worth, Tech split its season series with Kansas State so the Red Raiders have to win out and get some help from someone to claim at least a share of the Big 12 title.

This turned into a lost week for the Cyclones, falling to Baylor and to TCU. Still, the Cyclones played well in both of those games and when comparing them to Kansas, at this point, I believe the Cyclones remain the better team.

Kansas has won two road games this year. Period. The Jayhawks have two road games left in Big 12 play. Kansas must win all four games to have a shot at a share of the Big 12 title. The good news in Lawrence is that Marcus Garrett is back from injury and that should bolster the Jayhawks’ depth in March.

Baylor, as I pointed out in my Good, Bad and Ugly piece, has the best rebounding differential in the Big 12. Three different players had double-doubles for the Bears last week. Plus, they beat Iowa State on the road. I think the Bears are NCAA-bound at this point.

The Sooners beat Texas at home on Saturday, but they may not stay at No. 6 for long. Three ranked teams await in their final four games. The goal is to stay out of the Big 12 Tournament’s first day and to solidify their NCAA hopes.

The Horned Frogs lost to Oklahoma State, but bounced back with an upset of Iowa State. Forward Kouat Noi is back. The Horned Frogs face a brutal schedule. But they move up a spot this week.

The Longhorns lost their only game of the week to Oklahoma. They also lost their leading scorer, Kerwin Roach II, for an undetermined period of time due to suspension. So they drop three spots this week because I have a hard time seeing them finish .500 down the stretch without him. If Roach returns, we’ll see.

OSU gets credit for the win over TCU at home. But that loss to K-State? That practically nullifies the good vibrations.

The Mountaineers pushed Baylor to the edge on Saturday. If there’s any good news it’s that I think Bob Huggins has found his “ride-or-die” guys for the rest of the season.

Big 12 Basketball Week 8: The Good, the Bad and the Ugly
Jayhawks Stay in Thick of Big 12 Race With Win over Wildcats
To Top