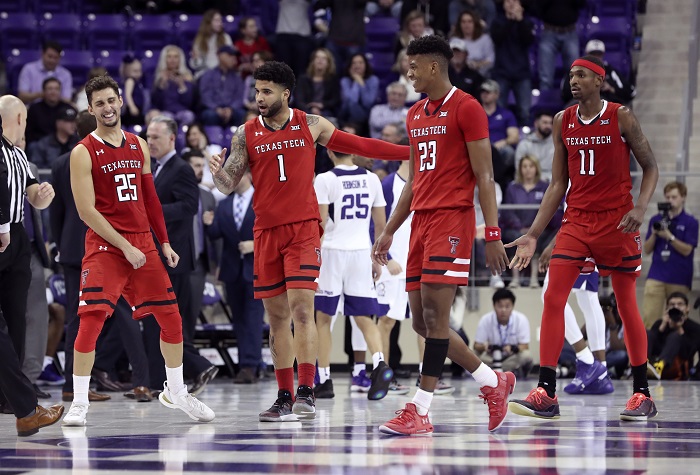 Each week Heartland College Sports will rank the men’s basketball team’s in the Big 12 Conference, based on play from Feb. 25-March 2.

Texas Tech has now won seven straight games and remains at the top of the Big 12 standings. With Kansas State’s loss and Tech’s terrific run to end February, the Red Raiders move up a spot. This team isn’t just Jarrett Culver anymore, and that’s a good thing going into the throes of March Madness.

Kansas State split for the week, losing to Kansas and beating Baylor. But the Wildcats had a little wiggle room. Not anymore. The Wildcats need to win the next two to guarantee them a share of the Big 12 regular-season crown, which would be their first since 2013 (also a share).

Kansas remained in the race for the Big 12 regular-season title with two wins this week, including one over Kansas State. Dedric Lawson had a huge week for the Jayhawks, but the rise of Quentin Grimes is something to watch next week. He had 17 points and four 3-pointers against Oklahoma State.

The Cyclones split for the week and the loss took them out of the Big 12 race. In fact, the Cyclones are on a downturn right now, having lost four of their last six. But I still see them as a better team than Baylor, which is a game ahead of them in the standings at the moment.

Baylor stays here after a wild start to the week as the Bears came back from 19 down to beat Texas in overtime. But the Bears couldn’t beat K-State on the road. In good news, the Bears are back to full strength with the return of King McClure.

After splitting with Iowa State (loss) and West Virginia (win), I’m keeping the Sooners where they are for now. But this is the line of demarcation in this league. Everyone from here down will have trouble advancing past Thursday in the Big 12 Tournament.

Will the real Texas please stand up? I contend that the real Longhorns have stood up. They’re a talented, inconsistent team that can lose a 19-point lead on the road to lose to Baylor and drop Iowa State by nearly 20 points at home three days later. That’s who the Longhorns are right now. But it still might get them in the NCAA Tournament.

TCU is a bubble team now, in my opinion. I wrote about that in my Good, Bad and Ugly piece for Monday. The Horned Frogs are as short-handed as Oklahoma State right now, but they have a higher level of talent overall. The problem is their final two games are probably the worst matchups of any Big 12 team in the final week.

West Virginia won a game this week and since Oklahoma State lost both games (though not by much) so I feel obligated to move the Mountaineers up a spot. The better news is that the Mountaineers appear to have found their young foundation to build around, and includes a potential double-double machine in Derek Culver.

I feel bad for doing this. The Cowboys lose in OT to Texas Tech and fall to Kansas by five at home. No shame in either of those losses when you consider how short-handed the Cowboys are right now. But, like I said, WVU won a game and Oklahoma State didn’t.

Big 12 Basketball Week 9: The Good, The Bad and the Ugly
On Heels of State Championship, No. 2 Dual-Threat QB Haynes King Considers Three Big 12 Schools
To Top