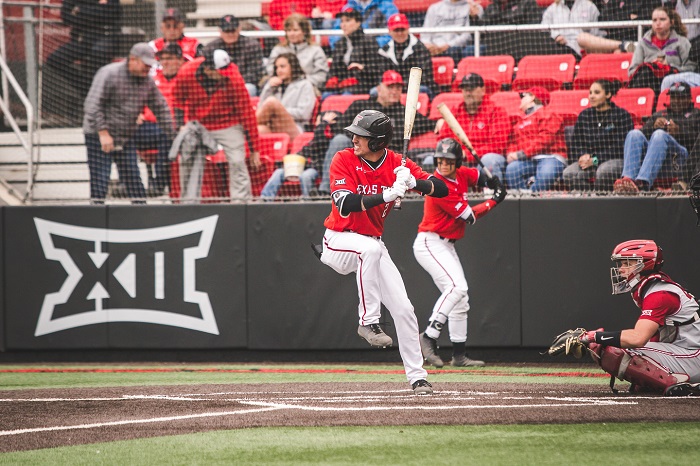 Texas Tech’s freshman class played as well as any one in 2018. One of the main players in that class was the lead off hitter for the Red Raiders. A starter from day one, Holt earned Unanimous Freshman All-America honors. He scored Big 12 Freshman of the Year and was an honorable mention on the Perfect Game All-American team.

Holt is an all-around amazing player. He led the team with 29 stolen bases and hit six home runs. As a freshman, he walked four more times than he struck out. The 5-foot-11, 175 pounder hit .348 overall and scored 70 runs. 26 of his 70 runs came during Big 12 play. As a freshman, he averaged more than one run per game. His first season, he produced 22 extra-base hits. Three of those 22 hits were triples. Some of his final stats in Big 12 play included a .293 average and 10 stolen bases.

His only downfall as a freshman was the seven errors he committed. Really, that’s not bad for a freshman infielder. Gabe Holt is a five-tool player. If he remains healthy, he will play in Major League Baseball. If you want to be impressed, watch Gabe Holt.