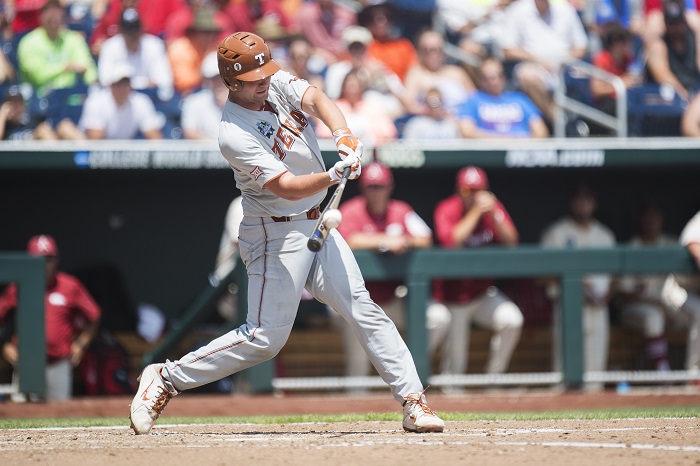 If you pinpointed one player on the 2018 Texas team who was going to draw more walks than anybody else the team, you wouldn’t pick a redshirt freshman. You would likely pick slugger Kody Clemens, who is now in the minor leagues. Low and behold, redshirt freshman Zach Zubia drew 46 walks in 2018 while driving in 45 rbis and posting a 41-game streak of reaching base safely.

He’s one of the most dangerous hitters in the entire nation, and he will be drafted this season. Zubia was forced to redshirt in 2016 because he signed with Tulane when current Texas coach David Pierce was with the Green Wave. Pierce scored the Texas job, Zubia followed and the NCAA came down on him.

In his first season of collegiate action, he produced 25 extra-base hits, including 11 home runs. This kid is clutch too. One of his 11 home runs scored a victory on the road against a Texas Tech team that advanced to the College World Series. Another home run tied up the game against Indiana in the NCAA Regionals. When the game is on the line, Texas fans want Zubia at the dish. Zubia is going to be a first round draft pick and will be playing in Major League Baseball in the years to come. Enjoy him while you can Longhorns fans.

Report: Will Grier ‘Puts on a Show’ For NFL Teams During Pro Day
Big 12 Conference Off to 3-0 Start in NIT, CBI
To Top