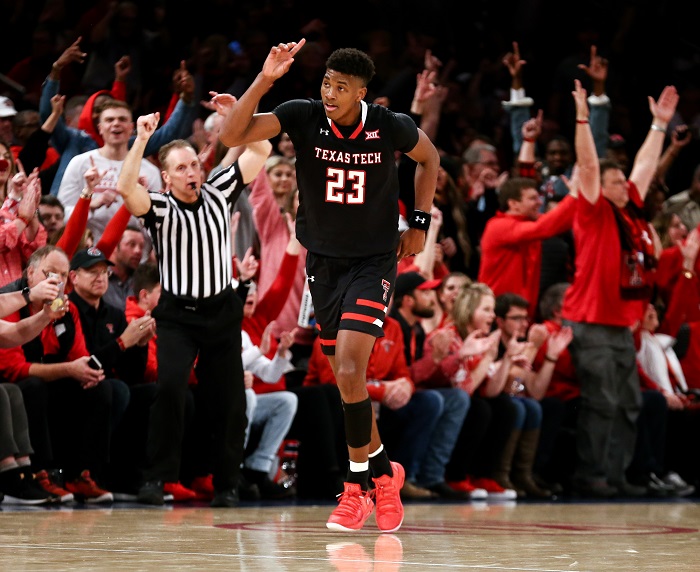 It’s not shocking news to anyone in Lubbock, but star forward Jarrett Culver announced Thursday he would be entering the 2019 NBA Draft.

Culver averaged 18.5 points, 6.4 rebounds, 3.7 assists, and 1.4 steals per game last season. He was named Big 12 Player of the Year, First-Team All Big 12, and a consensus Second-Team All American.

His big sophomore season followed up an impressive freshman year where he averaged 11.2 points, 4.8 rebounds and 1.8 assists per game behind 38.2 percent shooting from three-point range.

Coming out of high school, Culver was not a highly-touted prospect. He was a three-star prospect without a national ranking. He had other offers from Texas, TCU, Baylor, Oklahoma State, Louisiana Tech and others.

Culver helped lead the Red Raiders all the way to the National Championship Game where they lost to the Virginia Cavaliers 85-77 in overtime. Many draft experts project Culver as a top-10 prospect, with the upside of possibly being a top-5 pick.

Culver’s the ideal type of player for the next level. He’s versatile, can shoot, play defense and can slot into various positions. The NBA Draft takes place June 20th.

**We now have FREE Big 12 Forums here at Heartland College Sports. Go sign up here and join our conversation! **﻿