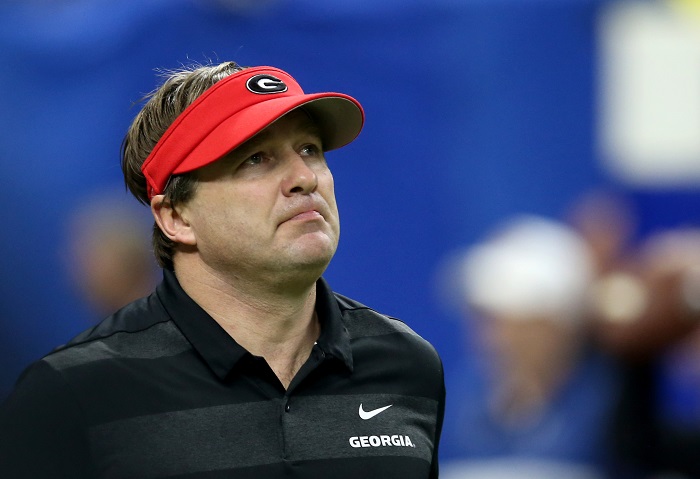 It’s a slow time of year in college football and it’s a great time of year for coaches, athletic directors and fans to think of excuses for why their teams or conferences did not reach the promise land in previous seasons.

Earlier this week it was Wisconsin AD Barry Alvarez complaining that the College Football Playoff committee is no longer following its own guidelines, which apparently it did when he was on the committee. We carved up Alvarez’s argument in this week’s podcast, which you can listen to here.

Now, it’s Georgia reporter Mike Griffith who is apparently blaming the fact that some of Georgia’s biggest rivals, Georgia Tech and Florida, have their athletic directors on the College Football Playoff committee, and that’s why the Bulldogs were not picked to make the Playoff this past season.

Of course, this makes zero sense. First off, it would benefit Florida to have two SEC teams in the College Football Playoff. That’s good for all SEC programs. As for Georgia Tech, maybe they have a bone to pick, but still, considering these programs play each other each season, it would also benefit their strength of schedule to be playing a team that’s consistently in the College Football Playoff.

Lastly, why don’t we look at the criteria that the committee has in place and compare Georgia to Oklahoma, who got the final spot in this year’s playoff. Criteria considered includes: Championships won, strength of schedule, head-to-head competition, comparative outcome of common opponents.

The only category Georgia had the edge in was in strength of schedule, where the Bulldogs were 3rd and Oklahoma was 8th. Not a massive difference and certainly not enough to overcome the fact that Georgia didn’t have a championship, and Oklahoma did.

Of course, Georgia fans and reporters could just take the blame for blowing a 14-point second half lead in the SEC Championship Game. But why take responsibility when you can just blame a committee?

*Editor’s note: This article incorrectly attributed the quote to Kirby Smart, but has since been corrected to cite UGA reporter Mike Griffith.