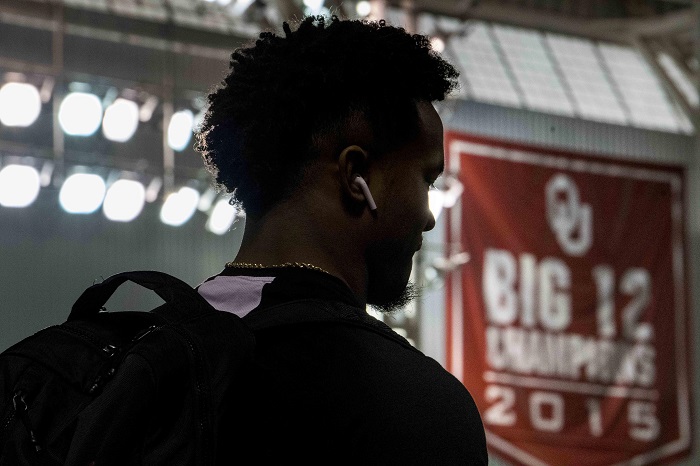 We’re just days away from the 2019 NFL Draft getting underway from Nashville, Tennessee on Thursday night and it’s entirely possible the Oklahoma Sooners could end up having the No. 1 pick for a second straight season.

Quarterback Kyler Murray is the favorite to be taken No. 1 overall by the Arizona Cardinals, who are being led by new head coach Kliff Kingsbury. Kingsbury’s relationship with Murray dates back to his high school years in Allen, Texas, and it’s widely believed Murray will end up in the desert.

If that does happen, and Murray goes to the Cardinals with the No. 1 pick, that would give the Oklahoma Sooners the No. 1 draft pick for the second season in a row, joining Baker Mayfield, who was picked by the Cleveland Browns last season. Both Mayfield and Murray would be Heisman Trophy winners and No. 1 draft picks, along with College Football Playoff participants. What else could Lincoln Riley possibly do to help his recruiting? There isn’t much!

This is good and bad news for the Big 12 Conference. The Big 12 has only had one team, the Oklahoma Sooners, make the College Football Playoff. OU has won the Big 12 the past four seasons. It’s great to have a blue blood at the top of the conference standings. It’s better for the conference when OU and Texas are good. I’ve said that many times and it remains true today. Of course, that doesn’t mean if you’re a fan of Oklahoma State, TCU, Iowa State or anyone else you should root for OU or Texas when they’re playing your team. But root for them in all the other games they play and then hope that you beat them.

For OU, Kyler Murray going No. 1 will only continue to enhance the program moving forward, help Lincoln Riley recruit, and then maybe Oklahoma can get over the College Football Playoff hump and into a national championship game. That would be huge for the conference. The Big 12 has yet to win a game in the College Football Playoff, with OU going 0 for 3 in the Final Four.

But what this is also likely going to do is widen the gap between OU, maybe Texas, and the rest of the conference. It looks like Tom Herman has the Longhorns on a positive trajectory, back into the upper echelon of the Big 12 and the college football world. But if OU widens its gap atop the conference, then the Big 12 might get stagnant, repetitive and predictable. This is a conference that has been known for its depth in recent years. The middle of the pack, typically No. 2 through No. 9 in the standings are not all that far apart from each other and it’s made for some wild Saturdays the past few seasons.

But despite that depth, the Big 12 is still the only conference of the Power 5 conferences to have just one program make the College Football Playoff. The SEC has had Alabama and Georgia, the ACC has Clemson and Florida State, in the Big Ten it’s Ohio State and Michigan State, and even the Pac-12 has had Washington and Oregon.

It would be good for the conference to get a second team on the level of OU to reach the College Football Playoff and maybe win a National Championship. Right now, the team mostly likely to do that would be the Texas Longhorns. They reached the Big 12 Championship Game last season and have recruited very well the last two cycles under Tom Herman.

For teams like Baylor, Iowa State, Oklahoma State, TCU, West Virginia and others, they need to keep fighting the uphill battle before the gap gets unsustainable between the top of the conference and the rest of the pack.