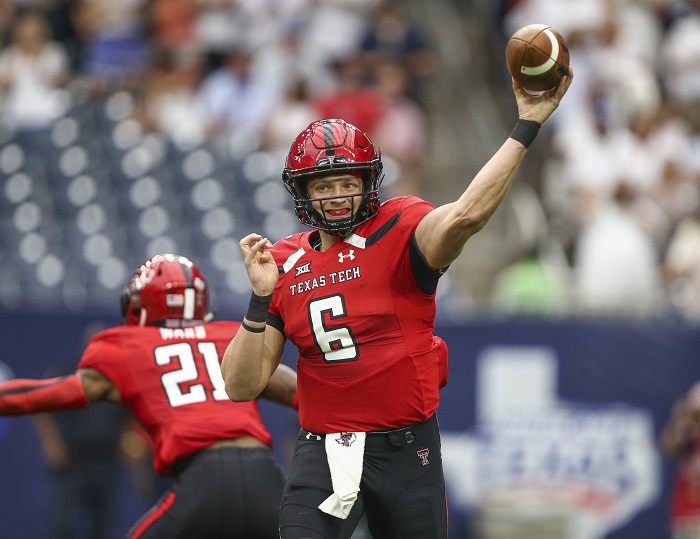 Barring an injury to Alan Bowman, McLane Carter was unlikely to see the field in Lubbock. But, Rutgers?! That’s where the former Texas Tech quarterback is transferring.

Carter is a Gilmer, Texas, native and has one year of eligibility remaining. The move makes sense for Rutgers. It adds some much-needed depth to Rutgers’ quarterback position, and Carter could challenge Artur Sitkowski for the starting job. Carter becomes the second quarterback on the Rutgers roster who has taken a snap in college.

Excited to start this next chapter at Rutgers University @RFootball #JerseyStrong #GoRU pic.twitter.com/FUHVFXN4rO

Carter came to Texas Tech after a stint at Tyler Junior College and got his first start in the 2017 season finale against Texas. In that game, he had to be bailed out by Nik Shimonek in the 4th quarter, who led the Red Raiders to a comeback win and bowl eligibility.

In fairness, Carter was Wally Pipp-ed, in that he lost his starting quarterback job last season to injury. Former head coach Kliff Kingsbury named him as the starter, but was injured early in the game against Ole Miss, finishing 4-7 for 49 yards and rushing three times for 13 yards. Then it was Jett Duffey, who also got injured, and enter true freshman Alan Bowman, who, rightfully so, never gave the job back.

With Kingsbury getting fired and Matt Wells coming into the mix, it’s possible Carter just wanted a new start where he could get a chance to start. For his career, Carter has thrown for 677 yards, four touchdowns, four interceptions and completed 53% of his passes.


**We now have FREE Big 12 Forums here at Heartland College Sports. Go sign up here and join our conversation! **