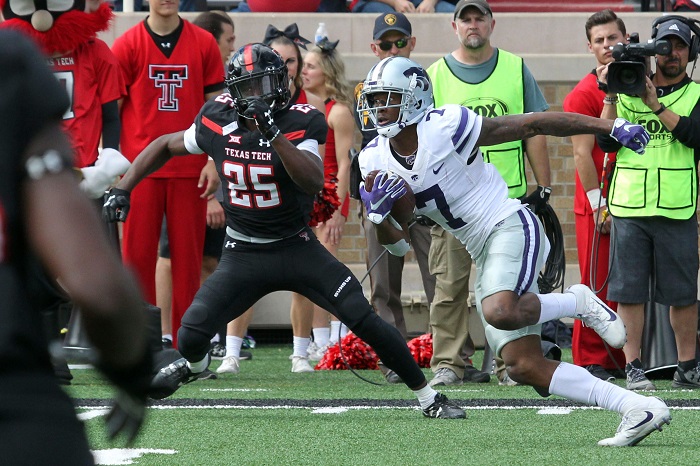 After appearing to have some depth following spring practice, Kansas State’s wide receiver corps took another blow this week. As first reported by The Wichita Eagle, Isaiah Zuber will be transferring from the program after three seasons in Manhattan.

Zuber led the Wildcats with 52 receptions and 619 receiving yards last season, along with six touchdowns. He will be eligible to play elsewhere immediately as a graduate transfer.

Zuber was a steady part of the rotation during his time at K-State, making 20 starts and playing in 38 games. For his career, he caught 127 passes for 1,321 yards and 11 touchdowns.

This is the second bit of bad news for the K-State wide receiving corps in a few weeks after Michigan State transfer Hunter Rison was suspended indefinitely after being arrested for domestic battery.

For now, the Wildcats have one returning player with some experience in Dalton Schoen, but after that it’s Chabastin Taylor, Wykeen Gill, Phillip Brooks, and Malik Knowles, to name a few.