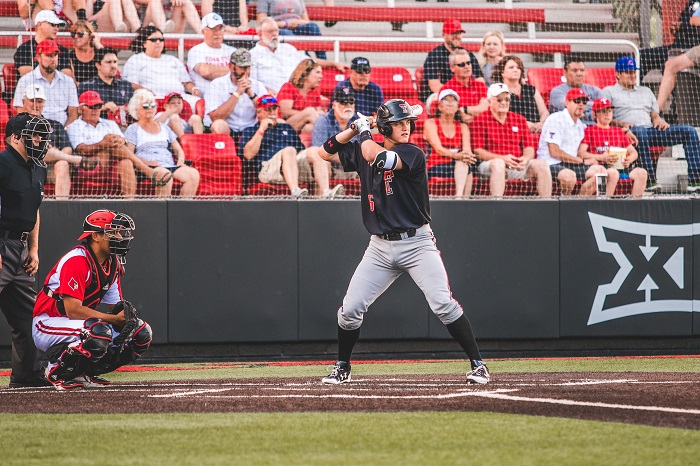 The Big 12 Conference will have representation at the College World Series in Omaha for the sixth consecutive season. The only thing we don’t know is which of the conference’s two remaining teams will represent in Omaha. The NCAA Selection Committee felt Oklahoma State and Texas Tech produced results so close to one another, they placed them at No.8 and No.9 respectively. Thus, the two regionals were paired up and now we have an all-Big 12 Super Regionals series.

This exact series has already been played once this season. Oklahoma State traveled to Lubbock and it wasn’t pretty. The Cowboys entered the series on a four-game winning streak, outscoring opponents 42-15. All of those were home games, and three of them came against a Texas team that failed to qualify for the conference tournament. The Red Raiders destroyed the Cowboys 27-8 during a three-game sweep. Tech notched 33 hits during the onslaught. Oklahoma State hitters struck out 46 times. It was a disaster.

As ugly as it was for the Cowboys, it may have just been what the doctor ordered. The next weekend, Oklahoma State flew up to one of the most hostile college baseball environments and swept the defending National Champion Oregon State Beavers in Corvallis. The Cowboys are 14-3 since their most recent trip to Lubbock. Josh Holliday’s crew won the Big 12 Conference Tournament, earned the automatic bid and scored a regional hosting berth.

The first game of that three-game set featured the same exact pitching matchup. Jensen Elliott lasted two innings, allowing seven earned runs on five hits and two walks. The Red Raiders placed up six runs before an out was recorded in the third inning. It won’t be the end of the world if this happens again, but you have to believe Josh Holliday would prefer to have Peyton Battenfield for the rest of the series rather than throwing six innings during a game one blowout.

Now the question is, was it a fluke? Does Texas Tech really just own Oklahoma State? Are the Red Raiders that much better? Or did Oklahoma State’s alarm go off and spark a complete 180 the rest of the season? We will find out this weekend.