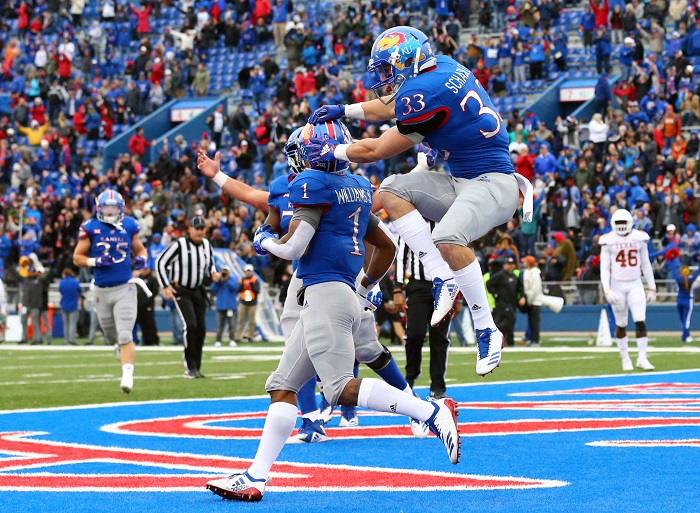 No. 10: The Kansas Jayhawks at the Boston College Eagles

The Jayhawks begin the Les Miles era with two home games against lesser competition in Indiana State and Coastal Carolina. Regardless of the outcome, there will be intrigue heading into Chesnut Hill, Massachusetts. If Kansas is 2-0, the Les Miles hype train will start to build, simply because 2-0 at KU is a big deal. If they’re 1-1, fans will look at this game as a real litmus test. And if they’re 0-2 out of the gates with this road trip on deck, some fans might prefer to leave Les in the Boston area and let him eat the grass up there.

Plus, this game is on a Friday night against a BC team that is beginning to turn things around from its own disappointment in recent seasons. Last season the Eagles went 7-5, but the season was much more exciting than the final record indicated. They were 7-2 in November heading into their home game against Clemson, which they lost and closed the season on a three-game losing streak before their bowl game was cancelled.

So, for Les Miles and KU, if the turnaround is to start even earlier than many fans expect, this will be, if nothing else, as very interesting game to keep an eye on.

Big 12 Football Mailbag: Who is the Dream Non-Conference Opponent for Each Big 12 Team?
Ranking 2019 Big 12 Non-Conference Games, No. 9: Oklahoma at UCLA
To Top