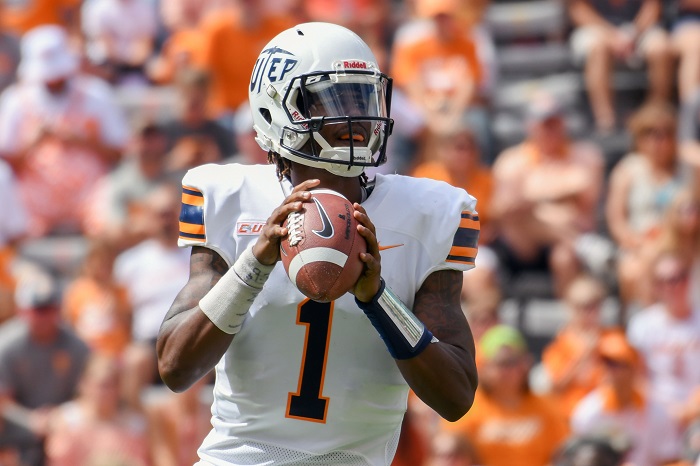 UTEP quarterback Kai Locksley has found himself in a world of trouble. The signal caller is facing charges of driving while intoxicated, marijuana possession, unlawful carrying of a weapon and terroristic threat following his arrest this weekend. The quarterback was released after posting a total bail amount of $2,900, according to online jail records.

Locksley was at one time a highly-touted prospect coming out of Baltimore, Maryland, where he was considered a four-star recruit. He started his career with the Texas Longhorns as part of the Class of 2015. After the staff moved him from quarterback to wide receiver, he redshirted, but ended up transferring to Arizona Western Community College. But he spent only a semester at the school due to what was called a “bad fit”. He then ended up at Iowa Western before then settling with UTEP last season.

Locksley, also the son of Maryland coach Mike Locksley, has been suspended from the team.

Another Big 12 tie in here is that UTEP’s head coach is Dana Dimel, the former Kansas State offensive coordinator, who said in a statement, “We are aware of the charges against Kai Locksley. While the severity of these charges is concerning, it would not be appropriate to determine a course of action until we have all the facts. In the meantime, he has been suspended from the UTEP football team.”