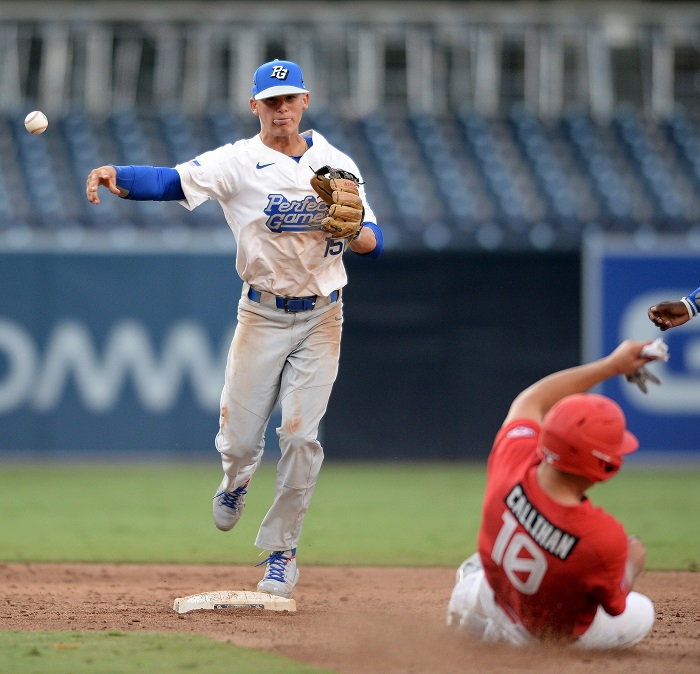 Recruiting classes are not everything in baseball.

Despite scoring a No.17 ranking on Perfect Game, Oklahoma will have to find a replacement for the top ranked high school baseball player in the country. Bobby Witt Jr., the son of former Texas Rangers pitcher Bobby Witt, decided to forego his collegiate career and sign with the Kansas City Royals.

This comes as no surprise as the Royals used the second overall draft pick out of 1217 total picks to select the 6-foot-1, 190 pound teenager. The pick scored the younger Witt a deal worth $7.7899 million as reported by The Kansas City Star. The bonus is the second highest signing in draft history. Current Astros pitcher Gerrit Cole holds the record at $8 million after being selected No.1 overall out of UCLA in the 2011 MLB First Year Player Draft. Cole was eventually traded from the Pittsburgh Pirates for four players after the Astros won the World Series in 2017.

Bobby Witt Jr. would have been a legacy at Oklahoma. The elder Witt played at Oklahoma in the 1980s and was drafted No.3 overall by the Texas Rangers in the 1985 MLB Draft. He retired after winning the 2001 World Series with the Arizona Diamondbacks.

After being drafted, MLB Draft expert Jim Callis compared the younger Witt to Patrick Mahomes Jr. The 2018 NFL MVP mentioned Witt Jr. in a tweet shortly after the comparison from Callis.

Bob Bowlsby: All Transfers Should Sit One Year
Ranking 2019 Big 12 Non-Conference Games, No. 6: Oklahoma vs. Houston
To Top