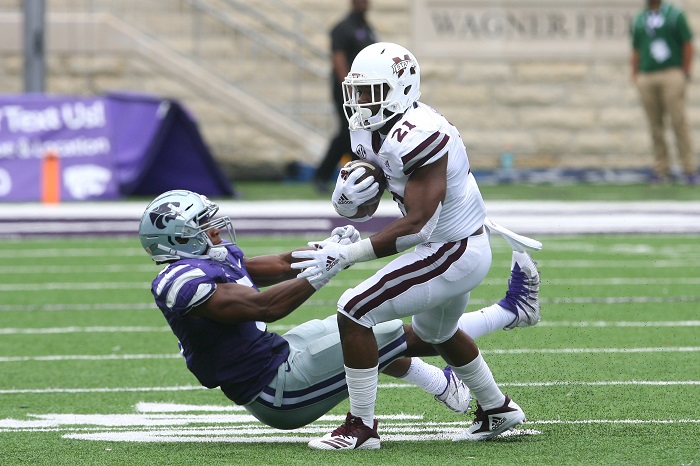 No. 4: Kansas State Wildcats at the Mississippi State Bulldogs

The Wildcats begin a new era under Chris Klieman. There was one stretch in the past 30 years that Kansas State tried life without Bill and it didn’t go well (Ron Prince). So while there is plenty of reason to be excited by what Klieman has done so far in his first offseason, he will ultimately be judged by the on-field results.

The Wildcats should have two relatively easy wins against Nicholls State and Bowling Green before they get to Starkville, which will be the first real test for Klieman and his staff. How does quarterback Skylar Thompson handle things now that he doesn’t have to look over his shoulder as to whether or not Alex Delton is going to be replacing him on the next drive? Is James Gilbert ready to be a No. 1 back at the Power 5 level? Who are the other playmakers on the offense? These questions should start to be answered in this game.

Defensively, Kansas State was crushed for nearly 400 rushing yards when Mississippi State rolled to a 31-10 win last season in Manhattan. Kylin Hill and Nick Gibson return this season in the backfield, but can the Bulldogs effectively replace quarterback Nick Fitzgerald? He steamrolled K-State for over 300 yards of offense last September.

This game was a huge disappointment in front of the home crowd last season and was one of the early signs that all did not seem well with Snyder and Co. Maybe this fall, this game can be more about a re-birth under a new staff. It’ll be a great game to find out.

Ranking 2019 Big 12 Non-Conference Games, No. 6: Oklahoma vs. Houston
Big 12 Football Mailbag: How Much Pressure is on Matt Wells?
To Top