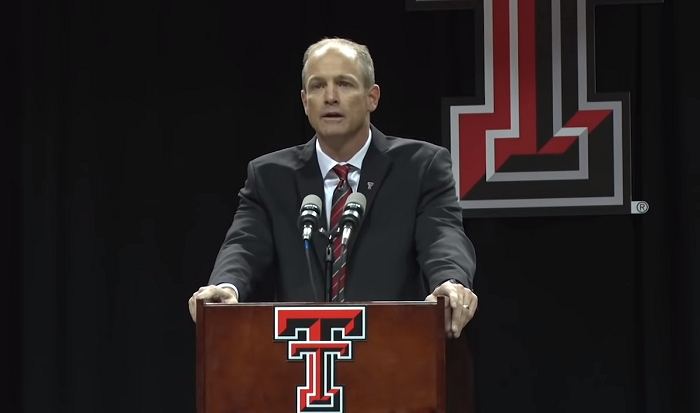 elcome to the HCS Big 12 mailbag. This mailbag is for all you football junkies out there who root for a Big 12 school who not only have questions about your team, but other teams in the conference as well. So, join me, grab a cold brew or your favorite drink and relax as I answer all your Big 12 questions in my mailbag. For those interested, I will send out a tweet (@Derekduke25) every Monday at noon until last call (No, not 2 AM) at 8 PM CT for you to send in your questions to be answered every Tuesday right here at Heartland College Sports.

I will pick the best question for each mailbag and label it as my question of the week. The winner gets a free HCS Koozie to keep your beer cold (Unless you like it warm, but that’s just plain wrong). It was a little slow today but that’s alright. I was busy covering recruiting this past weekend and if you follow Iowa State recruiting, go check out my work on the message board. I want to thank each one of you who submitted a question this week and for those reading, I am glad you could join me. I am doing this on Monday evening and of course this mailbag wouldn’t be nearly as fun without a cold beverage right next to me. Today’s drink of choice? It’s hot out here in south Texas so I thought a cool whiskey sour would do the trick to wash down the mailbag. Cheers!

@rbalick asks: Is there additional pressure on Matt Wells due to the success of the rest of the athletic department?

Duke: Great question here Ryan and ABSOLUTELY! For years the “excuse” for Tech football has been “Who wants to come to Lubbock?”. Recruiting was tough for the football and really all programs a few years ago but look at what AD Kirby Hocutt did. He went out and hired Chris Beard and Tim Tadlock. Both have made deep runs in the postseason (March Madness and CWS) and have won Big 12 championships in the process. When that happened, that whole “Who wants to come to Lubbock?” excuse has gotten thrown out the window. Instead there is a “Why not us?” mentality for the baseball and basketball programs and it has worked very well for Texas Tech. Now comes the question, if Tech can have great success in basketball and baseball, why not football and why not now? Kliff Kingsbury was the golden boy for Texas Tech and they weren’t afraid to fire him. While I don’t agree with the decision, it shows that they aren’t going to settle for the “Bowl game or bust” slogan that has been the standard for the last eight years. The bar has been raised for Matt Wells and if he isn’t finishing in the top five of the conference or at the very least being competitive for the Big 12 title, it would be considered a failure in the eyes of AD Kirby Hocutt.

@Vectoze_ asks: Not a Big 12 question but what is your ideal World Series matchup? Let me help you out, Astros vs ????

Duke: As an Astros fan, I need to get everyone healthy before I start talking World Series. But it is crazy because my Astros have one of the best records in baseball and three of their top four stars aren’t back in the lineup just yet with Altuve, Springer and Correa working their way back. But I don’t really care who we play to be honest with you. My second favorite team would be the Arizona Diamondbacks so I guess I would say Diamondbacks vs Astros maybe? Either way, I don’t really care. If my Astros make it to the World Series, I would be a happy man because we already have a ring. Now if my Texans or Rockets could get to a Super Bowl or the Finals, I would be just as thrilled if not more.

@jonkev50 asks: Are you a fan of alternate jerseys? If so, what team do you think does them best in the Big 12?

Duke: I do enjoy all the crazy jerseys. Although, I don’t really care for Oklahoma’s. I think they should just stick with their classic crimson and cream uniforms. I don’t like their jerseys with those colors’ opposite of the jersey. Oklahoma and Texas shouldn’t have alternate jerseys period. Maybe that is the old man coming out of me but that’s just my opinion on that. If I had to give the nod to one school, it would be TCU or Oklahoma State. I would have to lean Oklahoma State here. I mean, those homecoming uniforms they dish out every year are absolutely fire. Seriously, those guys know what they are doing up in Stillwater when it comes to uniform combos. From the helmets to the shoes, they do it right. Sometimes they can go off the rails a bit but overall, I believe they have the best uniform combos in the Big 12. I still like the TCU all blacks with the chrome purple helmet as my favorite uniform, but Oklahoma State has more overall combos that I like.

@RPTexan asks: Who are your off the radar picks for potentially getting on the All Big 12 preseason teams at the end of the year? Also, where did you watch the OJ chase at?

Duke: Offensively, it is too hard to tell right now. However, I will lean Texas Tech wide receiver T.J. Vasher. I thought he would be “The guy” last season for Tech but Antoine Wesley stepped up and took that role. This MUST be the year where Vasher puts it all together consistently. We have seen flashes of him before but it’s time to be more consistent. At 6’6, he has the height to be dominant and we all know he has freak athleticism. He is someone who right now won’t be talked about much but at the end of the year could be a guy on the first team All-Big 12 list.

Defensively an under the radar player I am counting on this season is Texas linebacker Joseph Ossai. He is just at true sophomore but at 6’4 245 pounds he has the ability to be a force off the edge and I think he could lead Texas in sacks this season. He may not be a first team selection, but he could be a guy who lands on the second team at the end of the year.

As for the OJ, chase I have seen the video before, but I was still crapping my diapers when that went down on June 17th, 1994.

Just to give the mailbag readers a heads up but I will be out of state for the next week or so. I will be traveling to the northeast and check out New York City and the states around it such as Vermont, New Hampshire and Maine. From fishing to checking out my Astros play in Yankee Stadium and of course, drinking, I will be having fun on my time off. Not sure if I will do a mailbag or not but in case I don’t, I am letting you know now. Besides, you probably need a break from all my BS anyways.