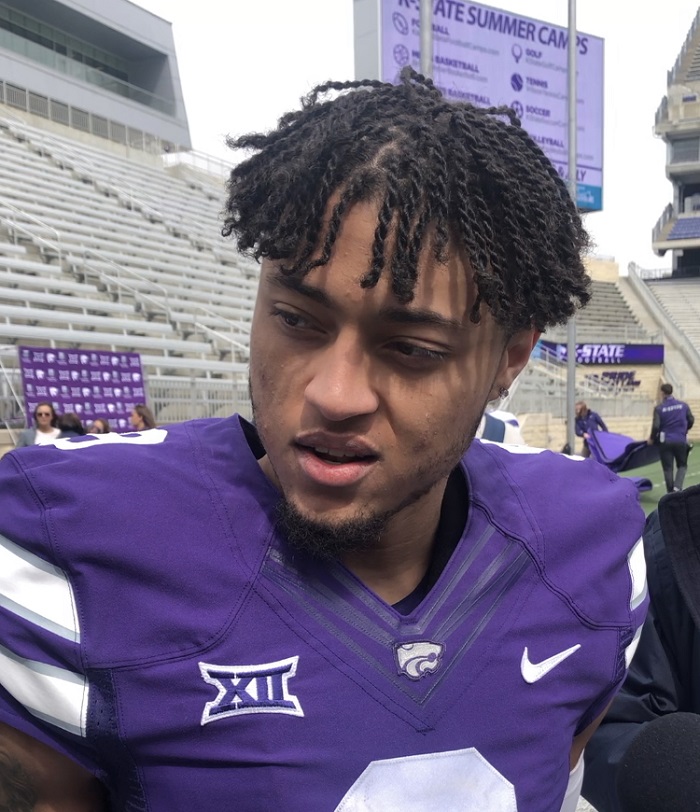 The plea comes just weeks after Rison left the program following an altercation with a female victim over two months ago. Rison will serve a 30-day jail sentence followed by probation. If Rison meets the terms of the plea deal, his probation will end on Dec. 19. Rison is also required to have no contact with the victim or the victim’s family in the case. He also is not allowed to follow the victim on social media platforms or use his social media to discuss the incident.

Rison was arrested on April 19, just days after the Kansas State spring game, for domestic battery/knowing or reckless bodily harm to family or person in a dating relationship. Rison was immediately suspended and never rejoined the team. He announced last month he would be transferring to Fullerton College, a junior college in California.

During the hearing on Wednesday, Riley County deputy attorney Barry Disney said on April 15 or 16, Rison went to the victim’s apartment and struck her with an open hand, according to the Mercury.