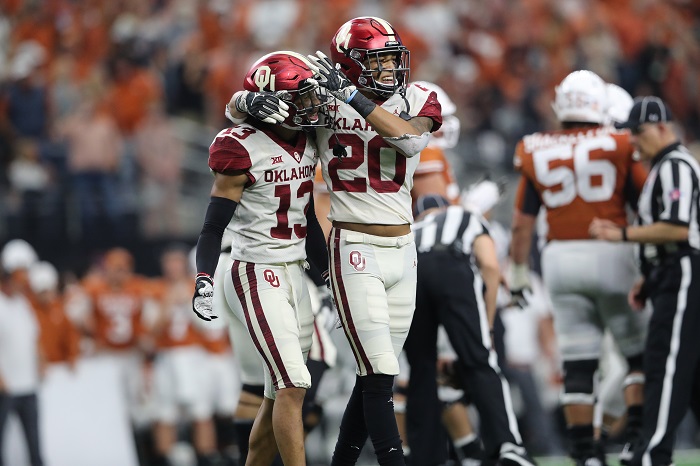 OU has lost a key piece in the secondary for the entire 2019 season. Head coach Lincoln Riley announced that junior defensive back Tre Norwood suffered a non-contact injury in the first week of fall camp and will not play this fall.

Riley did not give specifics on the injury, but did say, “One of those that you wonder. You see guys make plays or movements like that all the time. Sometimes they happen.”

Norwood was seen walking around on crutches on Friday. It’s a huge letdown for OU, as he was an experienced player with 19 consecutive starts and was projected to be in the nickelback slot this year.

Riley added, “Tough for him. Tough for our team. He’s such a valuable guy, can play so many positions, great experience. Certainly we’ll miss him defensively, but also special teams too. He was a guy that was a jack of all trades for us, but that’s part of this game. That’s gonna happen. That’s why you recruit hard. That’s why you develop hard.”

Norwood was fifth on the team with 58 tackles last season. In his place, expect sophomore Brendan Radley-Hiles, junior Chanse Sylvie and freshman Jeremiah Criddell as possible options to back fill Norwood at nickelback.