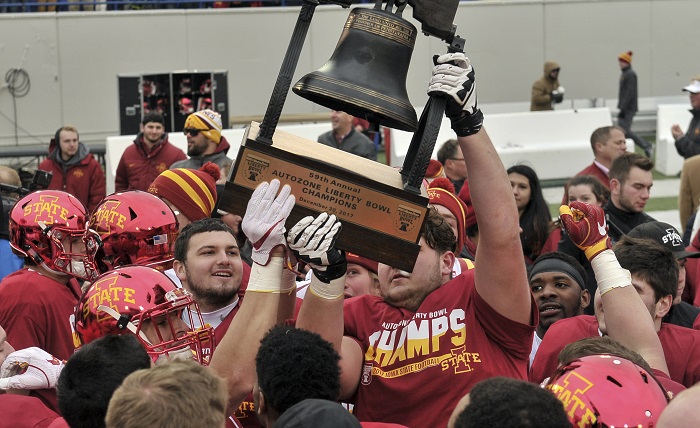 I will pick the best question for each mailbag and label it as my question of the week. The winner gets a free HCS Koozie to keep your beer cold (Unless you like it warm, but that’s just plain wrong). I want to thank each one of you who submitted a question this week and for those reading, I am glad you could join me. I am doing this on Tuesday afternoon and of course this mailbag wouldn’t be nearly as fun without a cold beverage right next to me choice? An ice-cold Deep Ellum Dallas Blonde. Before I begin, I want to thank everyone who submitted a question and Cheers!

@wiggitwiggit asks: How many times will Tom Herman embarrass himself this year like in your gif? I put the over/under at 6.5.

Duke: So, if you didn’t see my call out for mailbag questions on Twitter, it was a gif of Tom Herman doing his best impression of former Missouri quarterback Drew Lock doing his infamous “Secure the bag” dance. I thought the dance was stupid to begin with and with Tom doing it in the 2017 Texas Bowl, it was even stupider. I am not the biggest Tom Herman fan when it comes to his personality because he comes off as a cocky, arrogant prick. Wait, did I say that out loud? Anyways, I am sure many people feel the same way, but you know what? You can be cocky and arrogant when you win games at Texas. That’s how it works. Nobody likes a cocky loser, but people don’t mind as much if you are a cocky winner. But to be fair, I am sure Tom will embarrass himself a few times during press conferences because he says something stupid but there is no way in hell, I am going over the six and a half mark. That’s Lane Kiffin territory you are talking about.

@CalebWayne_BD asks: will Tom Herman still be the head coach at Texas at the end of the season?

Duke: You are kidding right? Please tell me that you were drunk or went on a crazy bender when you asked me this. Tom Herman isn’t going anywhere and after his contract extension awhile back, he is under contract at Texas that runs through the 2023 season. I don’t really know what else to say here.

@brawny60 asks: Will Breece Hall be the Cyclones starter at running back come Week One? I hear he was impressive in the first scrimmage of fall camp.

Duke: For anyone that reads my mailbag or has followed any of my Iowa State work knows that I am the current president of the Breece Hall fan club. I am the conductor of the Breece Hall train and anyone else is more than welcome to come aboard. I know there is a five man battle at running back between Kene Nwangwu, Johnnie Lang, Sheldon Croney, Breece Hall and Jirehl Brock but after seeing brock in person playing against some of the best high school players in the nation at the All-American Bowl, I was sold on this kid ever since. I went on the Wide Right and Natty Lite podcast the other week and went on and on about Breece winning the job. I still feel that way and I think I have said this before but Breece is a guy who could be a first team All-Big 12 running back down the road.

@robtrev22 asks: What is your take on the “Super Lightning” eight DB set Todd Orlando (Texas DC) has talked about for this season?

Duke: To be honest with you I haven’t really looked too much into at all, but I would assume that in this set there is only two or three down linemen? I haven’t been to any of the practices so I have no idea what this would even look like. We all know that in this conference, teams love going four or even five wide at times so I wouldn’t be shocked to see something crazy like this considering some teams in the league will rush 3 and drop eight to begin with. But instead of linebackers dropping back they are using defensive backs. If that’s the case I hope they can tackle because if I see that, I hope you can stop the run because I would audible to a run play if I saw that package. I know the secondary is the most talented group of the Texas defense and that safety unit Texas has is probably one of the best in the entire country. Add that with Todd Orlando’s craziness and maybe Texas has something here, but I need to see it in a game first before I judge it. Also, next time at Big 12 media days I won’t be too hungover to come say hello to you.

@KBehr68 asks: What is your way too early Bowl game predictions for Big 12 teams?

Duke: I may have done this a few months ago but here is my list.

Kansas, Kansas State and WVU aren’t going bowling in my opinion so they can have the couch bowl.

@tdhuffy asks: Going through schedules and players lost from last year, which team has a better chance to have a very surprisingly disappointing season and louse FOUR conference games, Oklahoma or Texas?

Duke: I know the Sooners have some defensive issues (Or nightmares if you are a Sooners fan) and they are breaking in a new quarterback but when you win four straight Big 12 titles, you earn respect and that is exactly what I will give them here. Oklahoma by far, has been a much more stable program than Texas over the last ten years. Up until last season, Texas was down in the dumps and weren’t close to sniffing a Big 12 title. Now, both programs are at the top of the conference and even though both have some new faces to break in, they still will be two pretty good teams. To answer your question, Texas would be the team that is closer to losing four games than Oklahoma. The Sooners have a favorable schedule top to bottom and Texas will have some tough road trips as they travel to Iowa State, TCU, Baylor and West Virginia.