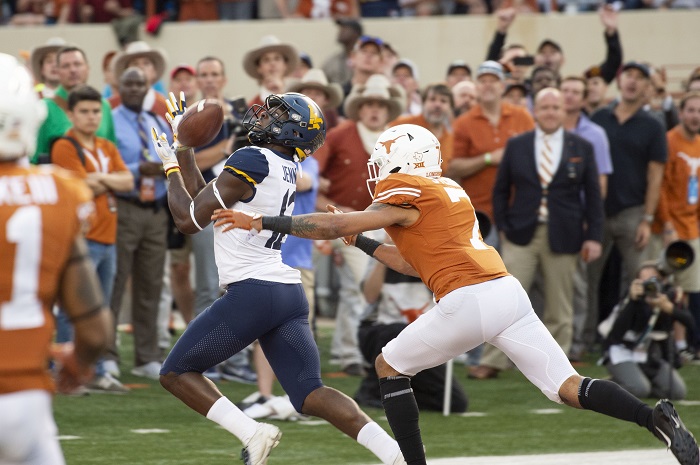 Here is the rest of the questions for my weekly Big 12 football mailbag. Enjoy!

Duke: I will be blunt and say that I would be surprised to see Jack Allison or Tre Lowe start an actual game this season. I also want to thank WVU Head Coach Neal Brown for finally announcing the starter, Austin Kendall. Kendall is the transfer from Oklahoma who sat behind two Heisman winners during his time in Norman. I know he was a highly rated recruited coming out of high school and I do believe he is talented. Unfortunately, we just haven’t gotten the chance to see him play any meaningful snaps. Well, that will change but from what I know and the little I have seen from him, I think he gives the Mountaineers the best chance to win with him at quarterback. So, I will say that he starts all 12 games for West Virginia. I say only 12 games because I don’t think they will make a bowl game but that’s another conversation entirely.

Duke: I am going to have to start charging money for multiple questions. Maybe a dollar a question? Sound fair? I’m kidding of course, but donations in alcohol are always welcome. Anyways, let me go in order here. I think TCU will be ranked by the end of the season. I think they will get better quarterback play this season (It couldn’t get any worse than last season) and just look at their record last season. They finished the regular season at 6-6 with awful quarterback play and I could easily see them reach eight or even maybe nine wins this year. They have the team; they just need a quarterback and I believe either Alex Delton or Max Duggan will be better than what they had last season. Also, Baylor may be another school to watch there too.

I don’t think any of the three current Big 12 teams in the AP poll will finish outside the top 25 in Oklahoma, Texas and Iowa State. Those teams will stay in the top 25 all season long. As for the food question, I have no idea for some school because I have never been to Kansas, Iowa or West Virginia. But I will at least to the Texas schools.

Texas: Brisket, Baylor: A gut pack like you get at Vitek’s which is Fritos chips topped with beans, cheese, pulled pork, sausage, onions, pickles, jalapeños and BBQ sauce. TCU: I would say fried chicken or BBQ. I love going to Babe’s chicken up there and they have some good BBQ spots up there too. Texas Tech: Tacos or fajitas. They LOVE their tortillas in Lubbock. I have no idea what Kansas or Oklahoma cuisine is, but I would guess it is just good southern food and like what we have here where I live (Texas). Oh, I guess for West Virginia it would be these famous pepperoni rolls I keep hearing about? Also, for Iowa State I would guess something with pork.

@StrawnBob asks: Critical first half season game for each Big 12 team and why?

Duke: I’ll keep it short and sweet here. By the way, non-conference games don’t count against your Big 12 record so essentially those don’t matter when it comes to trying to win a conference championship, so I threw those games out. So, I did it for each team for their first six games to pick from, but I feel like the games are self-explanatory here.

Duke: Well, it certainly depends on who you ask. I have two answers for that though. From a pure business perspective ($$$$), yes it would be bad for the conference. If you were to ask ESPN this question, they would say 100% yes because those two teams draw the most eyeballs and their dream scenario is what happened last season when Texas and Oklahoma met for the Big 12 title. Now personally, I could care less who makes the title game. I don’t care if Kansas and Kansas State met in Jerry World for the Big 12 title game because my butt will be there covering that game no differently than I would cover any other teams that made it there. In fact, it would be a little less crowded in the press box so I may be all for it.

Big 12 Football Mailbag: Who is the Best Defensive Coordinator in the Conference?
Five Bold Big 12 Predictions for the 2019 College Football Season
To Top