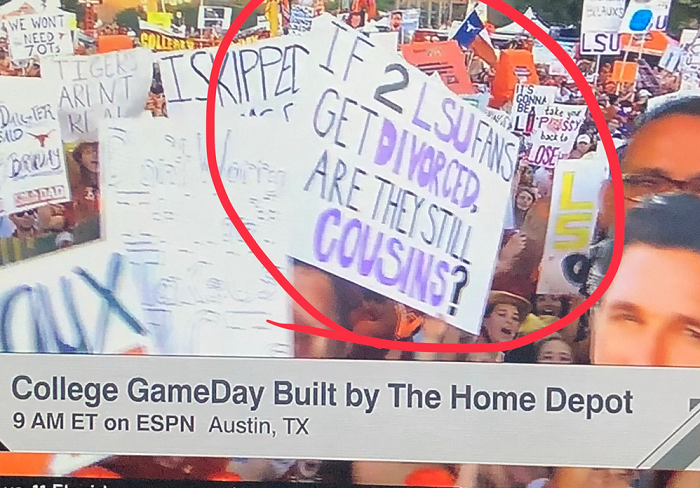 College GameDay was at University of Texas for the Texas vs. LSU game and the signs brought by the Longhorns fans were pretty fantastic. Here are some of the best of the bunch!

Now that you bring it up… pic.twitter.com/rguAfqWIT5