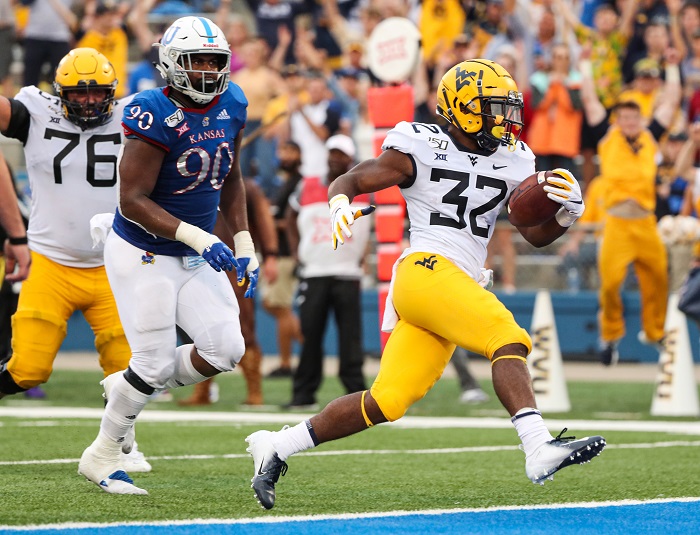 The West Virginia Mountaineers and Kansas Jayhawks clashed in their Big 12 opener in a battle for what could be avoiding the basement in the conference. It turned into a game that went down to the wire in a 29-24 win for the Mountaineers.

Martell Pettaway led the way for WVU with two touchdown runs in the second half to help the Mountaineers win Neal Brown’s Big 12 debut. West Virginia got on the board on its first drive of the game with a 13-play, 71-yard drive, which was capped off by Kennedy McKoy on a three-yard touchdown drive. KU would tie the game in the second quarter on a 28-yard pass from Carter Stanley to Kwamie Lassiter II. WVU capped off the half with a field goal to go into the locker room 10-7.

Pettaway’s first score came on the opening drive of the second half as WVU went 70 yards on 10 plays to take a 17-7 lead. Both teams exchanged field goals before Kansas found Andrew Parchment for 75 yards and a score after controversial overturn of a KU onside kick that led to three points for WVU.

The Mountaineers then ripped off nine unanswered points, with a field goal, then another Pettaway touchdown, which had a failed two-point conversion, and KU led 29-17 in the fourth quarter. WVU head coach Neal Brown was proud of Pettaway, saying, “The two touchdown runs he had were big-time plays. Martell had a good week of practice and that’s the kind of guy he can be.”

Stanley and Parchment hooked up on another score with just over two minutes to play to trail 29-24. The Jayhawks got the ball back with under 40 seconds to play and while a few laterals looked promising on the final play of regulation, it was the Mountaineers hanging on to improve to 1-0 in Big 12 play and spoiling Les Miles’ return to Big 12 action in front of the home crowd.

The Jayhawks hit the road to take on TCU, who just lost to SMU, next week for an 11:00 a.m. kick off. The Mountaineers have a bye week before hosting Texas on October 5th.