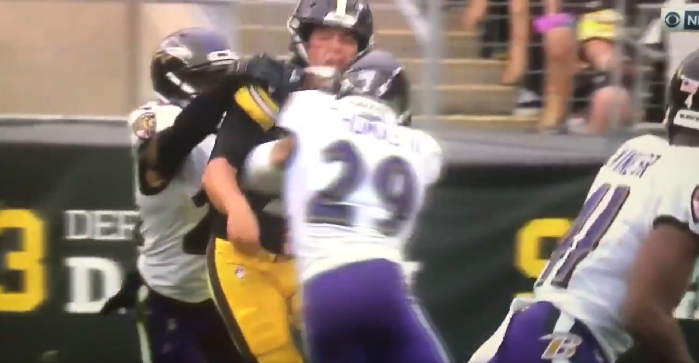 Former Oklahoma State quarterback Mason Rudolph has found himself thrust into the starting quarterback roll with the Pittsburgh Steelers due to the injury to Ben Roethlisberger.

Rudolph is 1-2 since taking over, completing 68% of his passes with 515 passing yards and six touchdowns to two interceptions. On Sunday as the Steelers were taking on the Minnesota Vikings, Rudolph took a huge hit to the helmet from Earl Thomas.

See the video below:

Rudolph was out cold immediately following the hit.

Somehow, Rudolph became alert, but needed help getting off the field because the medical cart malfunctioned.

Mason Rudolph had to be carried off the field because the medical cart malfunctioned. pic.twitter.com/186nVyVxtp

All anyone can say right now is prayers for Mason Rudolph and he shouldn’t be seeing a football field any time soon.