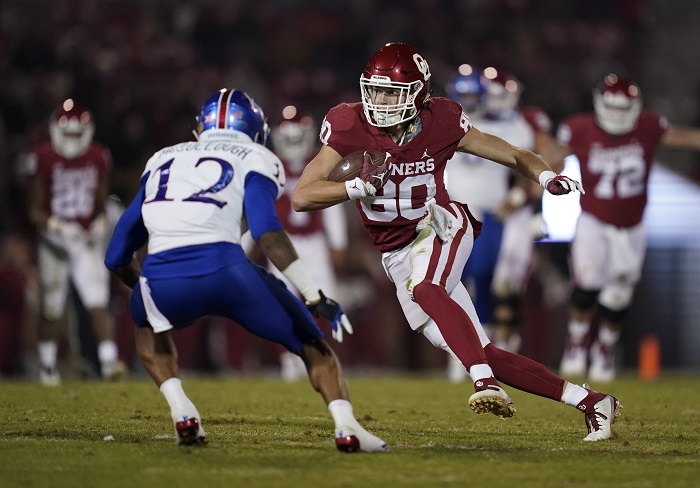 The Oklahoma Sooners will be without a key player against the Texas Longhorns. Tight end Grant Calcaterra is reportedly out for the Sooners biggest game of the season, according to Sirius XM’s Gabe Ikard.

Looks like the Sooners will be without Grant Calcaterra in this one.

Calcaterra has had a quiet season by his expectations, with just 5 catches for 79 yards, but has started three of OU’s five games. Last week against Kansas he had one catch for 19 yards. In last year’s Big 12 Championship game vs. Texas he had three catches for 38 yards including two touchdown grabs.

It is not clear why Calcaterra is inactive, but expect freshman Austin Stogner to fill in his role while he’s out.

The OU-Texas game will kick off at 11 a.m. CT at the Cotton Bowl in Dallas.