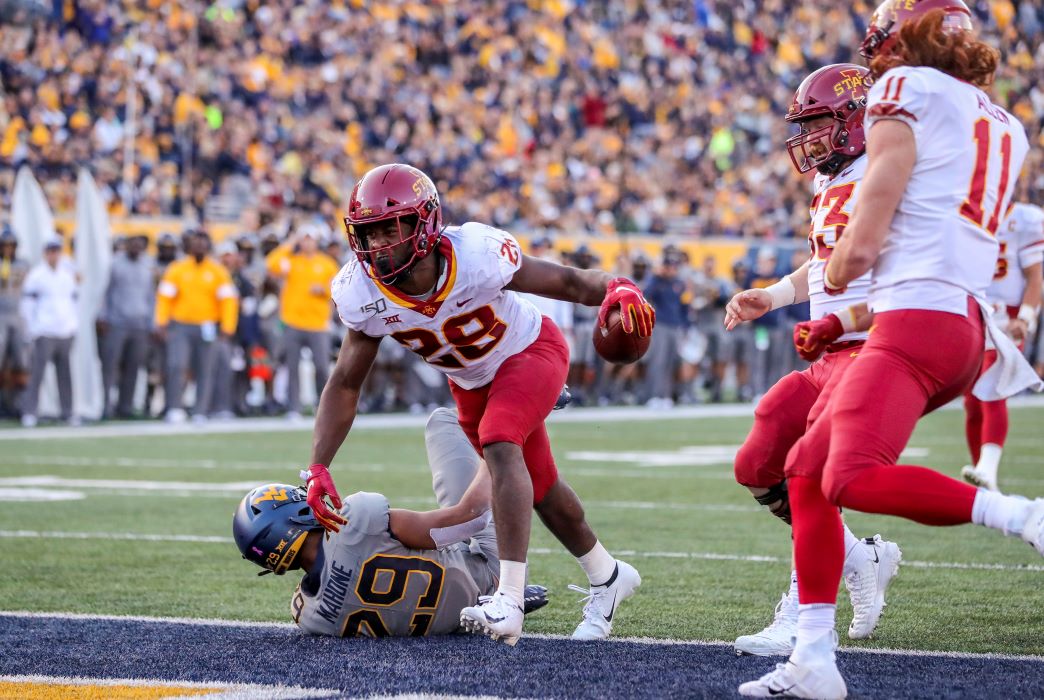 While the Red River Showdown stole the headlines, there was still other football left to be played around the Big 12. In Morgantown, West Virginia hosted Iowa State for a big-time matchup for both sides as neither team could afford another loss to stay alive in the Big 12 title race. While both schools can certainly get after it when it comes to tailgating, there was still plenty of action left to be played on the field.

While both teams would start of with a pair of punts a piece, there was more that was lost than just a drive on the field. Early in the game, West Virginia lost quarterback Austin Kendall as he was sacked by Iowa State’s Anthony Johnson. Kendall would have to exit the game with a shoulder injury and we never saw him return to the action.

In for West Virginia was backup Jack Allison and even though he would take a while to get going, he did manage to lead touchdown drive late in the first half when he connected with wide out T.J. Simmons for a score. West Virginia’s only other touchdown of the game came earlier when Iowa State running back Kene Nwangwu bobbled the football and it was picked off by Tykee Smith who took it all the way back for a pick six. However, Iowa State would also score two touchdowns in the first half thanks to a Brock Purdy and Breece Hall run as both teams entered the half tied at 14.

I am not sure what happened at the break because the Cyclones absolutely dominated the second half as they went on to outscore the Mountaineers 24-0. Freshman running back Breece Hall added two more touchdowns in the second half as he finished the game with three rushing scores. Meanwhile, Brock Purdy was able to find wide out Joseph Scates for a touchdown as well.

While the offense for Iowa State got hot in the second half, the defense perhaps was even hotter as they shut out the Mountaineers for the final two quarters. Not only did they shut them out, but they held them to a measly 44-yards in the second half and they did it without several key defensive starters to go on to win 38-14.

For Iowa State, this win moves them to 4-2 on the season and they keep that fabulous October winning streak going since the 2017 season. They will travel to Lubbock next week to take on a scrappy Texas Tech team. Meanwhile, the Mountaineers will fall to 3-3 on the season as they will travel to Norman to take on the red-hot Sooners. Perhaps the biggest question for West Virginia is how long will starting quarterback Austin Kendall be out for?

Baylor Survives Double Overtime Thriller to Stay Unbeaten
Big 12 Football’s Week 7: The Good, the Bad and the Ugly
To Top