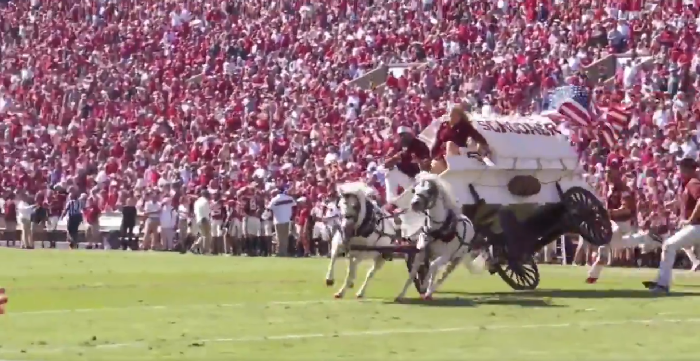 The Sooners are having their way with the West Virginia Mountaineers, leading 28-14 at halftime of their game in Norman. But the Sooner Schooner isn’t having a very good first half.

The Sooner Schooner came out for its usual victory celebration after another OU touchdown, but some heavy rains on Friday night in Norman meant the field was wet and slippery, and that caused the Schooner to take a spill.

Check it out here:

Thankfully it doesn’t appear like any people or horses were seriously injured in this accident. And also, good thing this isn’t a sign of how OU’s season has gone thus far.